A good day today. We received word early via email from Marcus Gary’s Blackberry wireless that he had made it to Harlingen and that the replacement disconnect boards had arrived intact at FedEx. It would still be another six hours before he would arrive at Rancho la Azufrosa. Meanwhile it was a full day for those of us at the ranch. Vickie Siegel and I began an assembly line to clean all of the electrical connectors for DEPTHX and replace all of the oring seals associated with them. Given that this would be the final system assembly before DEPTHX could see service at up to 1,000 m water depth this was a necessary preventive maintenance task.

Once that was done each cable end was individually sealed to prevent ingress of dust… of which there was a lot flying around outside as stormy weather blew in from the north. 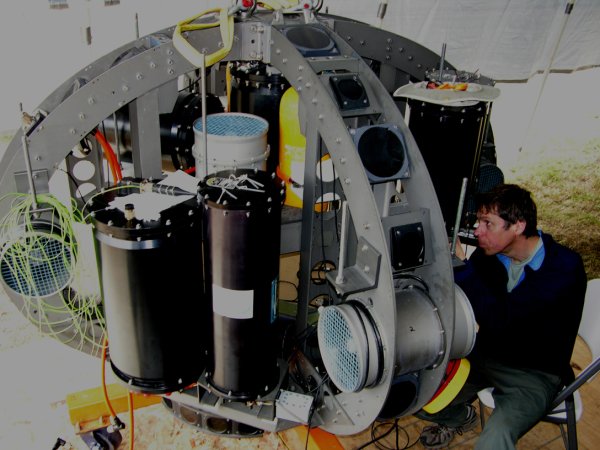 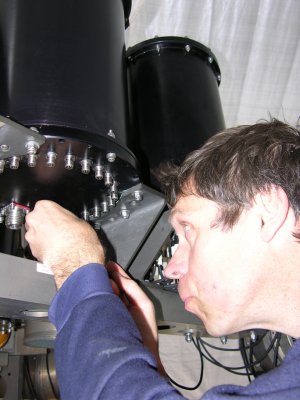 While waiting for the disconnect boards to arrive John Kerr made good use of time by integrating the main cPCI computer housing, the science payload computer, and two of the sonar array digital signal processors into the vehicle.

Marcus Gary finally arrived at 7pm with the replacement boards. When installed, however, they did not deliver the necessary output voltages. Further emails ensued but by 11 pm the boards were still non-functional and the team went to bed. Nonetheless a lot of progress had been made today.