SitNews announces new project, Our Submerged Past, in partnership with the Sealaska Heritage Institute and funded by NOAA. With the help of our SUNFISH® AUV, the goal is to seek evidence of early human occupation in submerged caves in Southeast Alaska.

Watch a short documentary from the 2019 Dragon’s Breath Expedition, where our team of engineers partnered up with technical divers to bring the SUNFISH® AUV to explore deep Namibian caves beyond the range of human divers. 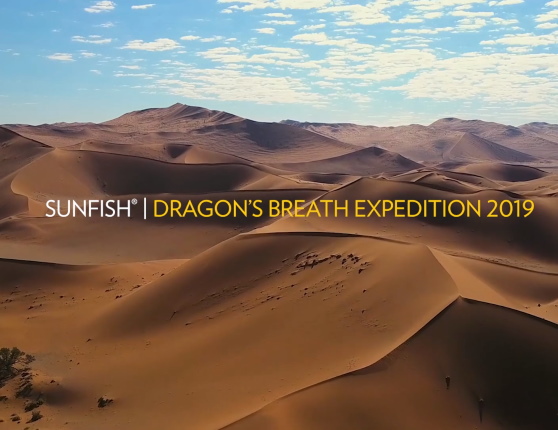 Vickie Siegel’s article on the Sunfish Dragon’s Breath expedition appeared in the 100th anniversary Spring issue of the The Explorers Journal. The publication coincides with the 40th anniversary of women first joining The Explorers Club as well as the International Year of Caves and Karst. 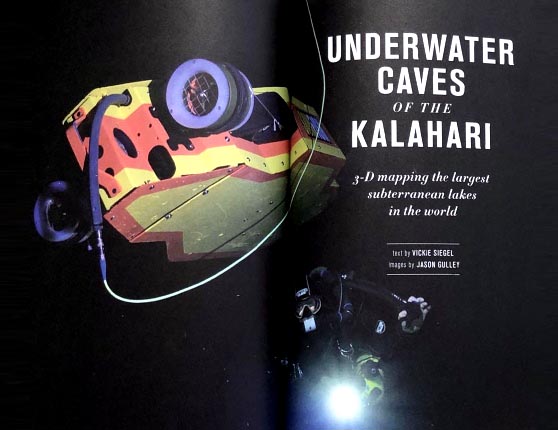 Bill Stone joined Stefan Oland on his podcast Discovering the Story, where they talked space exploration, ocean worlds, the SUNFISH® AUV, and more.

Stone Aerospace spin-off company SUNFISH Inc will be working with Schmidt Marine Technology Partners to improve the SUNFISH® AUV’s exploration abilities, changing the way we operate in some of the planet’s least hospitable environments.

Austin Monthly interviewed Bill Stone for their July 2020 issue, and discussed our beginnings as well as what the future holds.

Bill Stone joined cave diver Richard Harris on his podcast Real Risk. Listen to their discussion here, or look for Episode 3, “Stone Under Earth and Water”, wherever you listen to podcasts.

Our SUNFISH® AUV made the April cover of Marine Technology Reporter. View the entire April issue virtually, or head straight to the online version of their write up. 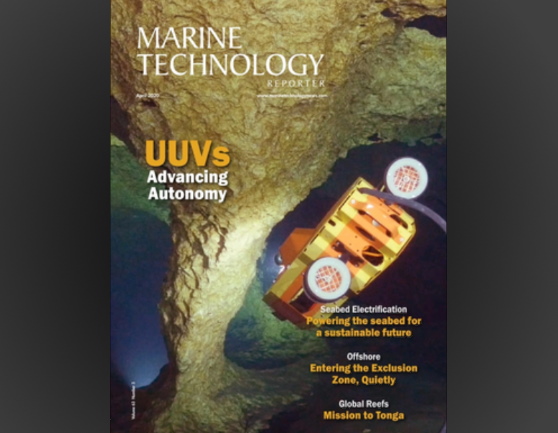 The Austin American-Statesman visited our Austin lab and talked to us about various projects past, present, and future. 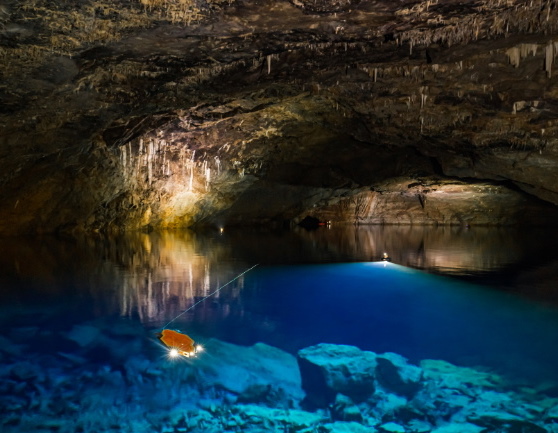 Maritime Logistics Professional did a write up on the Schmidt Family Foundation’s SMTP technology showcase. Bill Stone presented at the showcase in October, highlighting the accomplishments of our SUNFISH® AUV and the future of commercial underwater exploration.

Many leading Ocean Worlds scientists and engineers came together at the Stone Aerospace headquarters to brainstorm ideas for a potential Europa-analog field observatory in a polar field site on Earth.

Stone Aerospace’s ARTEMIS and VALKYRIE projects are featured in the new children’s book, Revolutionary Robots in Space. Preview the book on Google Books here, or you can purchase the book at Amazon here.

National Geographic aired an update to “Explorer: Journey to an Alien Moon”, which included new footage of our SUNFISH® vehicle as well as our ARCHIMEDES project. 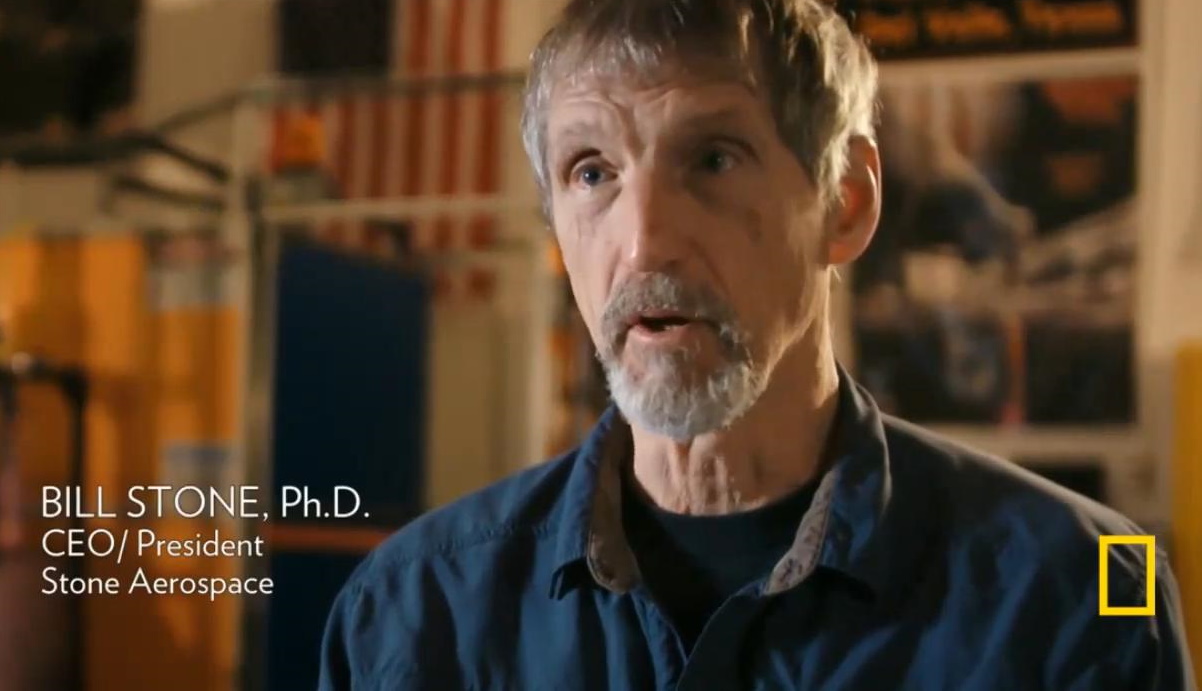 Stone Aerospace’s ARCHIMEDES project made the news in this article in Wired Magazine that discusses NASA’s plans to visit Europa.

This article from Astronomy Magazine, discussing a number of Stone Aerospace projects, is featured in the March print edition of Discover Magazine.

NASA did a write-up on the technology behind Stone Aerospace’s ARCHIMEDES project.

Stone Aerospace’s Sunfish® robot was featured in the children’s book, Lift the Flap Engineering. View or purchase the book from the publisher, Usborne Publishing (UK), or from Amazon.

An article in Astronomy Magazine discussed a number of Stone Aerospace projects.

Stone Aerospace’s SUNFISH® vehicle was featured in the PBS series NOVA Wonders during the first episode, “Are We Alone?”. The full episode is now available online.

All About Circuits wrote a piece covering various Stone Aerospace projects, including the Sunfish® vehicle’s recent exploration of Peacock Springs in Florida.

Both VALKYRIE and ARTEMIS robots were featured in Vice’s Motherboard story covering the search for extraterrestrial life.

Stone Aerospace is featured on one of the first episodes of The Weather Channel’s and Great Big Story’s series, That’s Amazing. 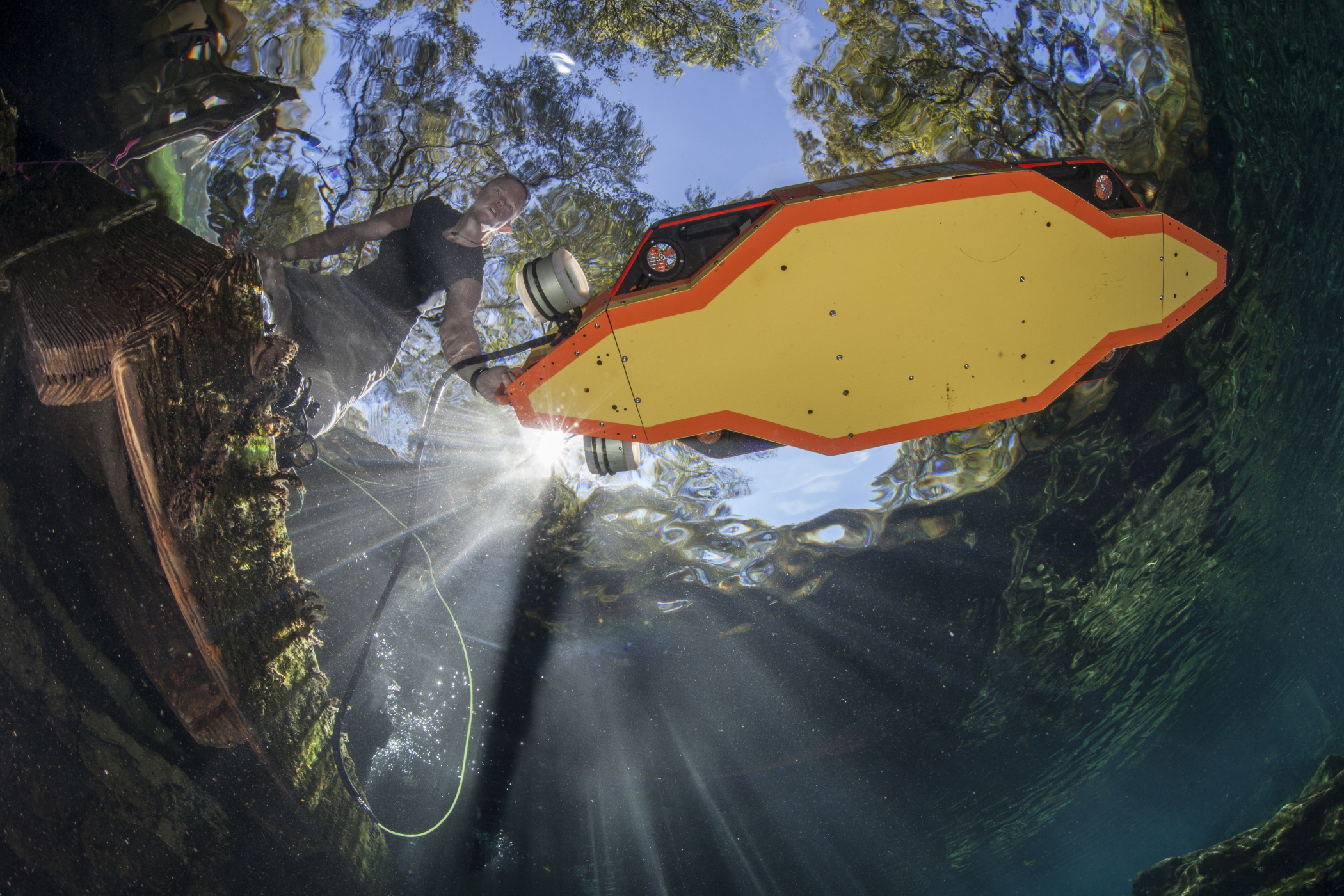 Bill Stone participated in a Voices from Oxford conference and webcast on the Search for Extraterrestrial Life – Europa and Enceladus. Watch the video here.

Space.com featured VALKYRIE in this article about the future of Europa exploration

Second VALKYRIE field season on the Matanuska Glacier is underway

Geek.com published an article about Valkyrie’s field testing in Alaska.

The VALKYRIE project and its 2014 field season featured in New Scientist article, which included video coverage.

The Economist wrote a profile of Bill Stone, and covers Stone Aerospace’s efforts to discover extraterrestrial life on Europa. Read via PDF or on Economist.com (with subscription). 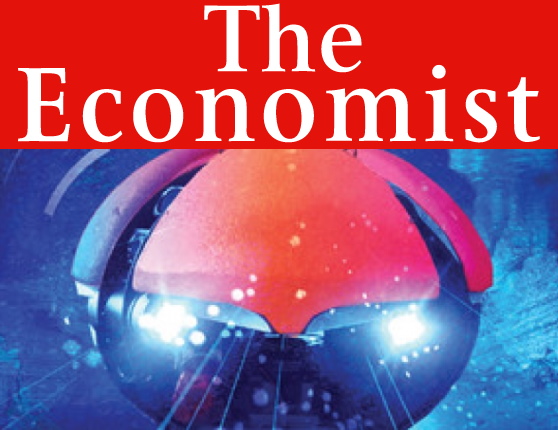 Stone Aerospace project photos included in the Frozen Worlds exhibit, at the Polar Museum of the Scott Polar Research Institute at the University of Cambridge.

Stone Aerospace sponsors the J2 2013 Expedition, an effort to further explore and map a cave in southern Mexico 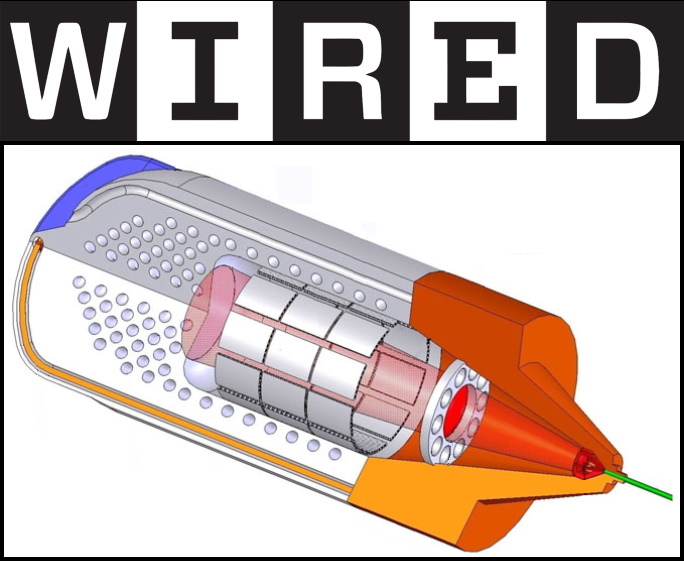 Time magazine discussed the details of VALKYRIE in this article.

Bill Stone and Shackleton Energy mentioned in this Space.com article on lunar bases.

Bill Stone interviewed by Space.com regarding Shackleton Energy’s plan to mine water on the moon. 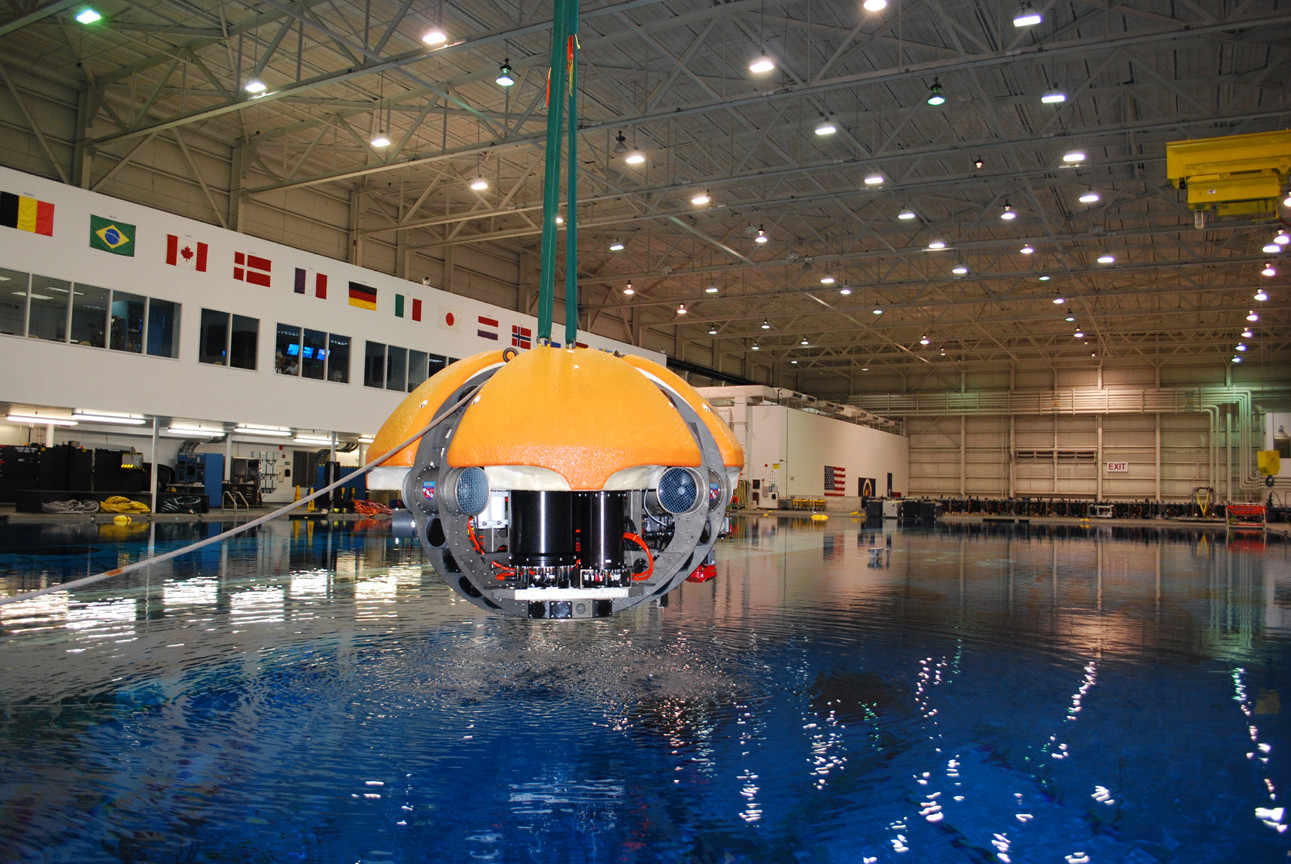 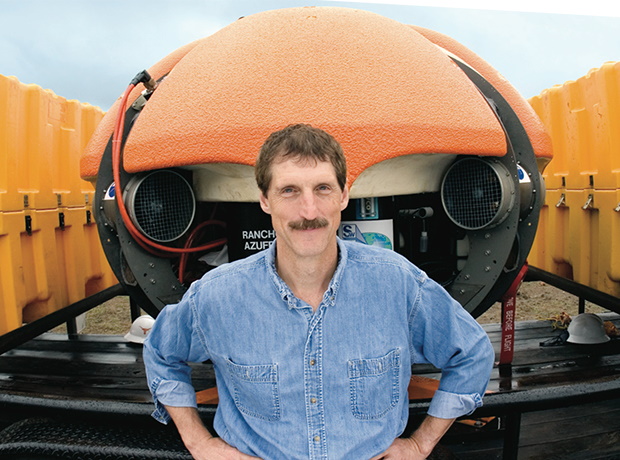 Antarctic underground lakes to be studied

DEPTHX Project was the subject of a web chat hosted by Ceci Connolly of the Washington Post. Science: NASA’s New Robot

The University of Texas featured the DEPTHX test series in their current newsletter.

Stone invited to speak at TED2007. Watch the talk here or on the TED website, or visit Bill’s TED bio page.

A quote from Bill’s talk was highlighted in the TED blog’s Day Four Wrap-Up.

DEPTHX covered in an article on space.com.

DEPTHX team returns to Mexico for second round of checkout dives.

National Geographic highlights Stone’s Mexican expedition in preparation for an assault on the Moon.