Resolution. John Kerr was up at dawn and on the cell phone with Nigel Jones going over possibilities for why the new disconnect boards were not functioning. After a few rounds the problem was isolated to one particular chip. John then began methodically testing that chip and found one of the eight tiny solder connections to be non-contacting. When he re-soldered that the system came up. With this resolved we completed the checkout of the E-stop system with the batteries (now fully charged) back in the loop. John then powered up SIOP (the system basic Input-Output onboard interface computer) and was able to interrogate the various sub-systems and their associated sensors. The batteries were online and giving good readings and, following entry of the local GPS coordinates which Vickie Siegel collected outside the lab, the IMU portion of the guidance system came up with a proper alignment. 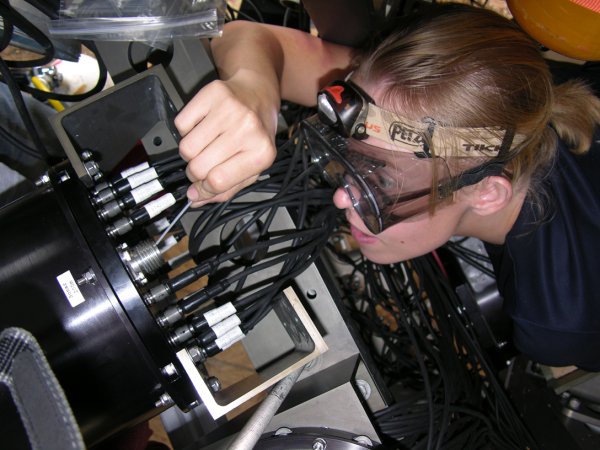 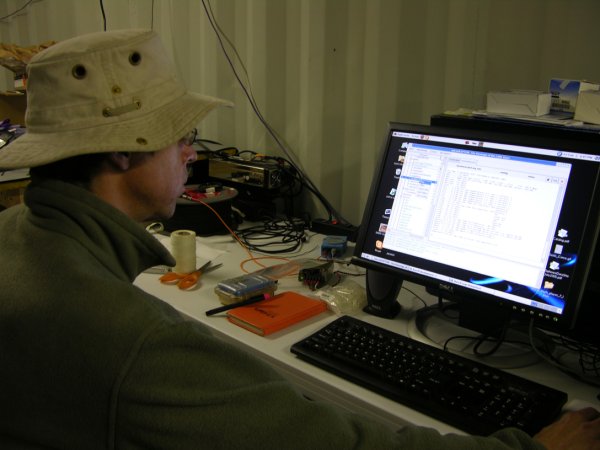 Above: John Kerr (SAS) interrogating the bot with the microRAPTOR real-time interface tool from the lab. 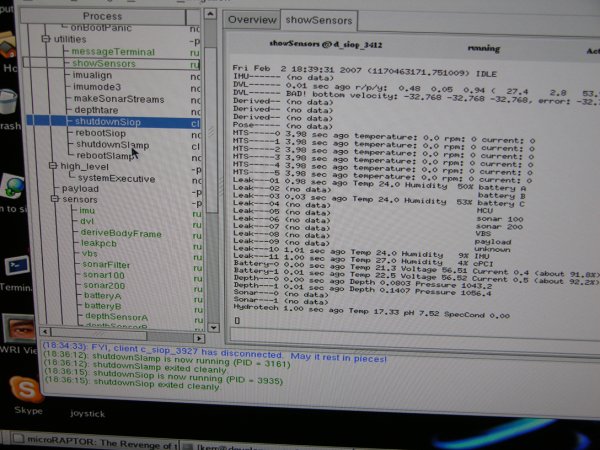 Above: Screen capture from microRAPTOR showing both batteries online and charged (a very good thing indeed, considering where we were on Tuesday !).

Above: Vickie Siegel and John Kerr with DEPTHX at 10pm on February 2. We are now about one day from being fully operational, assuming no more field glitches.

At this point we continued with routine assembly tasks until 10pm. Marcus Gary meanwhile had completed installation of ceiling vent fans in the lab. Although seemingly unnecessary given the cold temperatures we’ve been experiencing the past few days, it will be required once the normal hot weather returns.

In all, a very good day. Barring any unforeseen problems we should have the bot close to complete assembly by late tomorrow and ready for transport to cenote La Pilita on Sunday, where we will begin the first true exploration field tests in a truly unexplored environment.