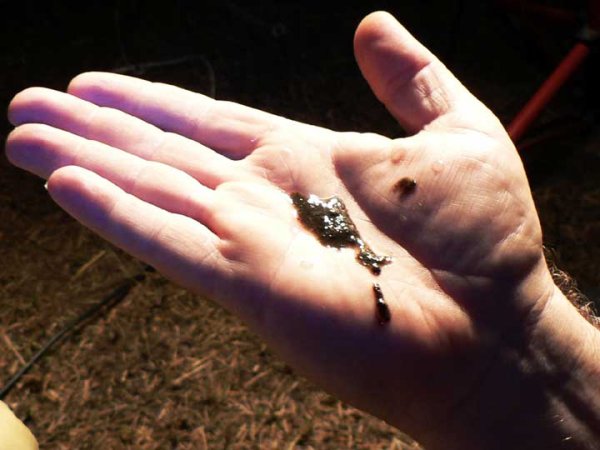 Above: This small pile of soft sediment was collected at a depth of 50 meters in the cenote La Pilita 40 meters back under the cave edge. The sample was collected by the solid core sample device on the end of the sample arm. 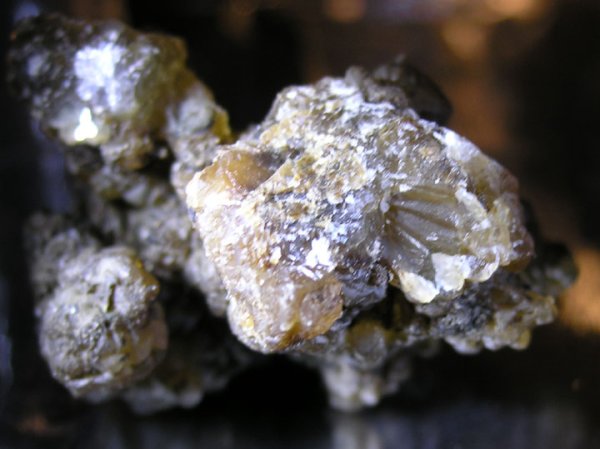 Above: Biogenic mineral crystal from the walls of La Pilita fell into the frame of the DEPTHX robot during a deep mission. These crystals are thought to be forming through biologic mediated processes. 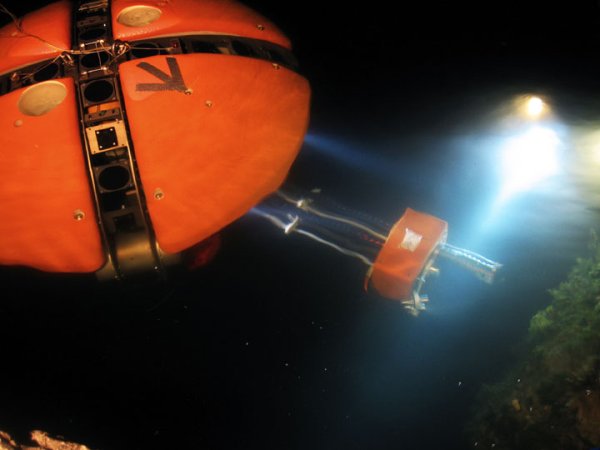 Above: A top view of the DEPTHX robot with the sampling arm extending to test the operation of the solid core sample device. The coring devise is the gray cylinder at the front of the probe. 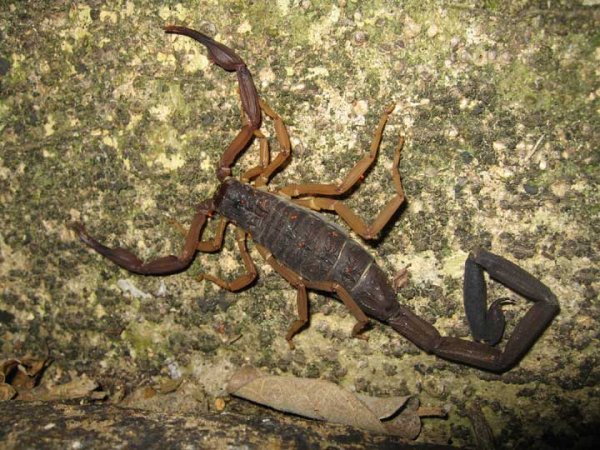 Above: A four-inch purple scorpion was found on the trail walking back from La Pilita. These scorpions are common in the caves nearby. 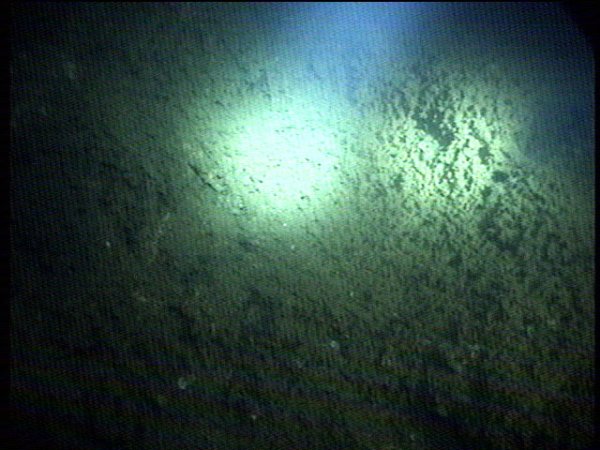 Above: Image taken with the stage 1 camera on the DEPTHX robot of the wall 50 meters deep in the cenote La Pilita. The texture of the wall is likely due to biogenic mineralization of crystals.