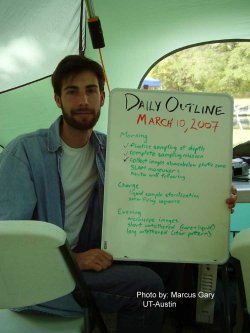 Objectives this morning focused on completing a successful and repeatable sampling routine while the robot was on tether in order to prepare for a similar unteathered mission. Operations started with simply driving to depth, and initiating the sampling sequence near the wall. CMU worked on coordinating the timing for the sampling procedure, so the robot’s thrusters, sample arm extension, and coring device firing were working together. Several sampling attempts using the close-range sonar transducer integrated with the science package were made to trigger the coring device. The navigation team found that a timed coring device firing strategy produced better results. Once the sampling arm is extended, the robot thrusts forward for 30 seconds to fully contact the wall. 20 seconds into the forward thrust, the coring device fires. After the sampling sequence completes, thrusters reverse and navigation to the point of origin takes over. Establishing that the robot can successfully completing this sequence on-tether will allow the team to test off-tether operations against a known sequence. 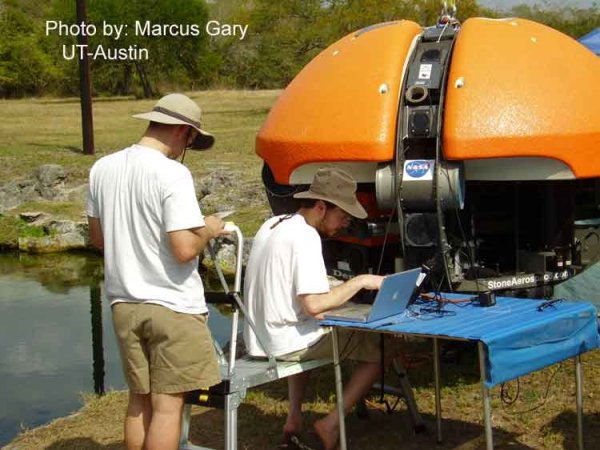 During the battery charging break mid-afternoon, the team focused on calibration of the water collection system and sensing probes. Jason Sahl, John Spear, Earnest Franke, and Ian Meinzen established a cleaning protocol for the sample bag collection system. They tested the cleaning protocol for cross-contamination using 5 saline solutions with varying concentrations. The team took samples of the prepared solutions and Marcus Gary verified the specific conductance of the solutions before and after sampling using a secondary Hydrotech water chemistry sensor. There was less than a 3% difference in original water and the sampled water. The sampling protocol was determined to limit the possibility of cross-contamination. Nathaniel Fairfield and David Wettergreen checked the sonar firing sequence to find that all sonars fire simultaneously. 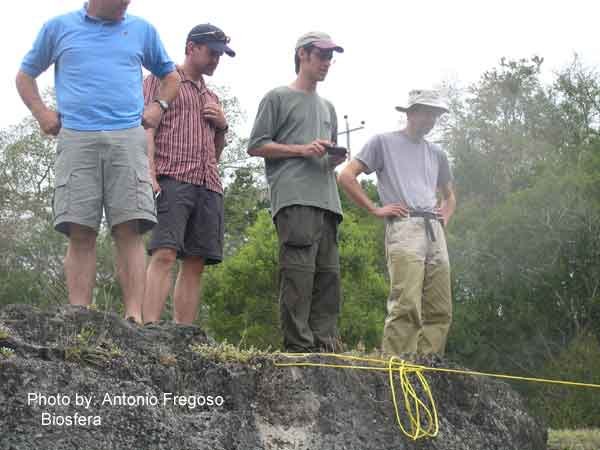 Marc Airhart manually drives the robot using a wireless joystick to the point of origin before it begins its missions. George Kantor (right) and John Kerr (left) taught Marc to drive.

The evening mission attempted the same task, but this time the robot was untethered. Twice the robot aborted the mission. The CMU navigation team determined that while the robot was thrusting forward, the ADVM was too close to the wall to receive accurate readings which caused the DVL (Doppler velocity logger) to go out longer than the 30 seconds the filter allows. SCUBA divers Marcus Gary and Antonio Fregoso attempted to observe the robot’s performance, but given low visibility and distance thresholds required to not interfere with sonar readings, observation was unsuccessful. The team pulled the robot out of the water for the night and put batteries on charge at 10:30pm.