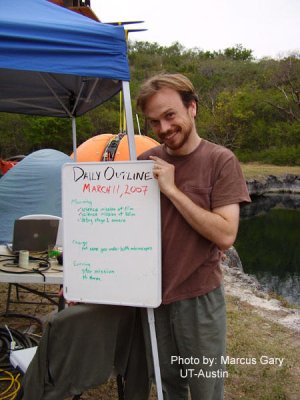 With fully charged batteries, morning operations began to attempt a fully autonomous sampling mission. Marcus Gary and Antonio Fregoso provided SCUBA support and video documentation of the sampling sequence. The robot was programmed to replicate yesterday’s mission: descend to 15 meters, acquire an optimal sample target, extend the sampling arm, thrust forward for 30 seconds to increase contact with the sample target, then fire the sample coring device 20 seconds into the thrust forward. The programming filter that compensates for the lack of appropriate ADVM readings was increased to account for up to a 60 second loss of data. Success! Divers observed a perfect sampling sequence. 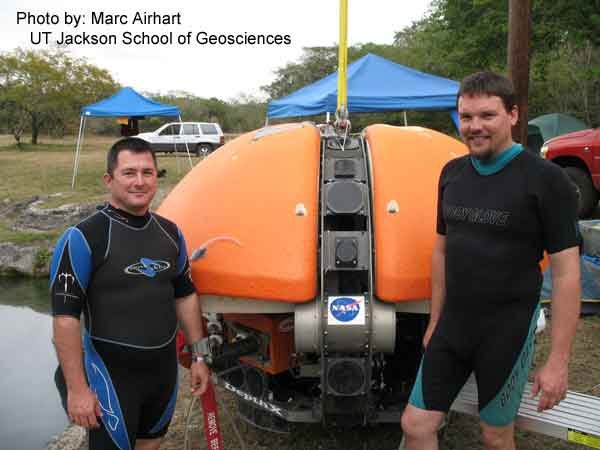 The robot returned with 2 full bags of water samples and a wall sample. John Spear and Jason Sahl filtered the water samples, cut the filters, and preserved some of the filters in sample bottles with formaldehyde and others were stored in liquid nitrogen for transport. 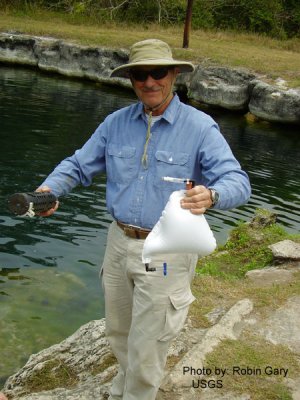 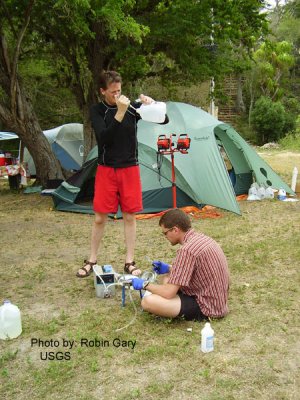 A second mission ran the robot tethered down to 80 meters to scope out a deep sampling location. Maps of the cenote, which will later allow the robot to select sites autonomously, are not of high-enough resolution yet. A short 20-minute tethered dive down to 80 meters allowed the team to find a sample target. The autonomous run down to 80 meters went successfully. The robot retrieved 1 successful water sample, and during the second water sample pull, the tube clogged. The wall sample successfully triggered and the sample arm got stuck, the robot compensated by first trying to thrust backwards gently then by spinning. The science probe’s camera captured the sample sequence and navigation compensation. Once the robot was docked for charging, the biologists pulled the water and wall samples, processed them and called the mission a success.

During the Charging Break:

During the charging break, Earnest and Ian cleared the clogged intake hose on the water sampling system. They confirmed that all hoses could pull samples. Currently, the team tethers the robot after each mission to download data from that mission. Kantor worked on re-rigging the wireless antenna so that the navigation team can communicate directly with the robot while it’s on the surface. Nathaniel poured through the Doppler velocity log data and the DVL patch code to investigate how the robot deals with velocity spikes. Dom went through navigation code to further refine operation sequences. 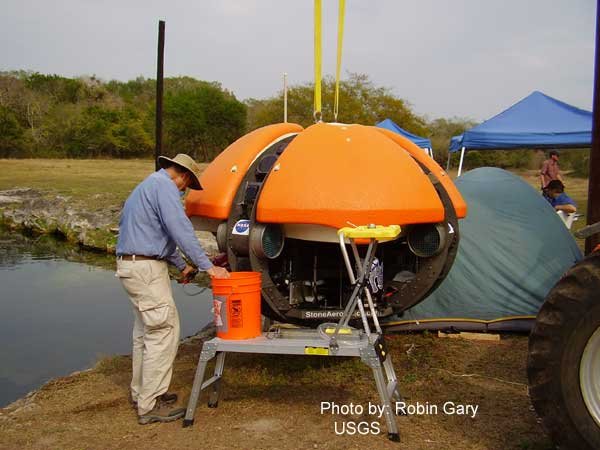 Earnest Franke cleans out the sampling intake for the water sampling system. 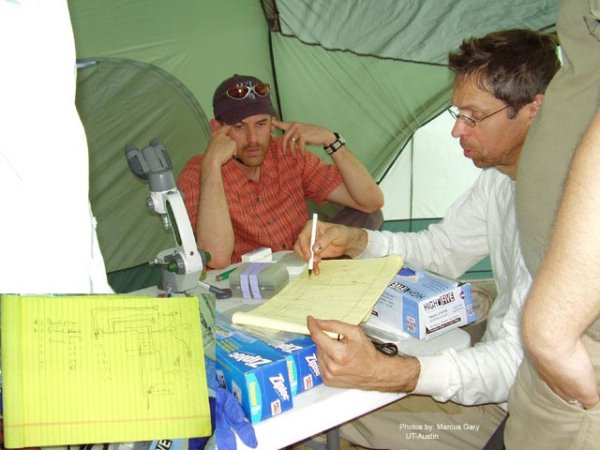 John Spear (not shown in photo), Jason Sahl, John Kerr, and Ian Meizen (hand on right side) discuss the operation of the water sample collection system. Inset on lower left shows the diagram that John Kerr is drawing.

Once batteries were charged, the robot was lowered back into the water. The team waited 30 minutes for the sensors to equilibrate before aligning the IMU. The robot was launched at 7:15pm on an approximate 4 hour autonomous mission. The robot was programmed to cruise in a star pattern (also known as an inverse negative-hole donut pattern) at two depths. This particular pattern optimizes sonar coverage of the cenote walls to augment point density for the production of a high resolution map of the cenote. The mission was estimated to take approximately 4 hours. 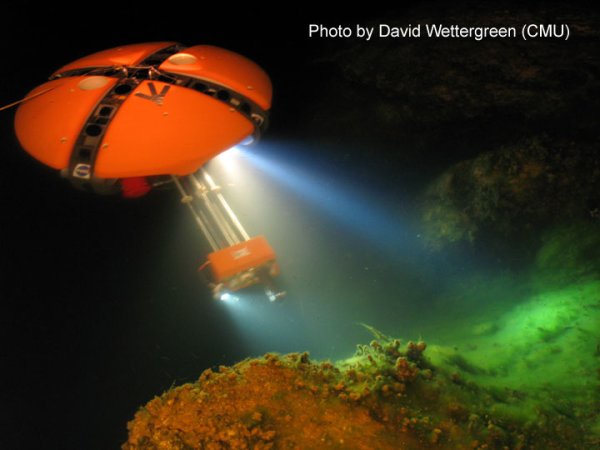 DEPTHX prepares to collect a biologic solid core sample from the shallow walls of La Pilita.

At 1:30am, David Wettergreen woke Marcus Gary with “The robot didn’t come back. It’s an hour and a half late.” The team hypothesized what could have gone wrong, and the fact that soon it would lose all battery power, lights would shut off, and only a faint red strobe mounted on top of the robot would last until morning. Marcus Gary planned to wake up early and search at daybreak.