Today was spent moving the bot from the storage container and re-assembling the system and its syntactic floatation panels. Two cranes were on site as of today – the main 60 ton unit that will be used to access Sistema Zacaton during the next two weeks – and a smaller 20 ton mobile unit. We used the latter for final assembly of DEPTHX on its carrier. By nightfall, all was ready for the first mission. 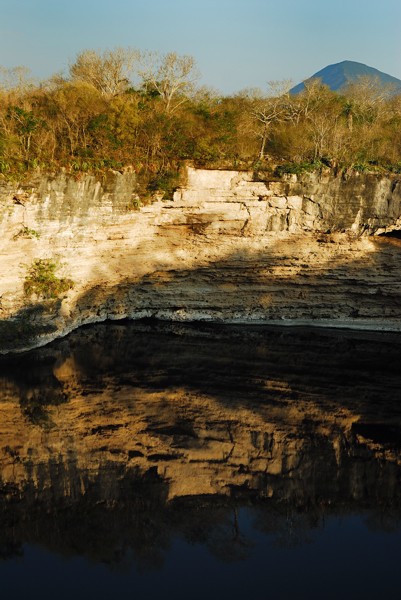 Cenote Zacaton at dawn. In the background is Cerro Granito, a granite dome; further to the east are ancient volcanic cones, whose residual heat warms the waters rising from Zacaton. The cenote itself is carved from limestone. Photo: (Jose Antonio Soriano / Stone Aerospace) 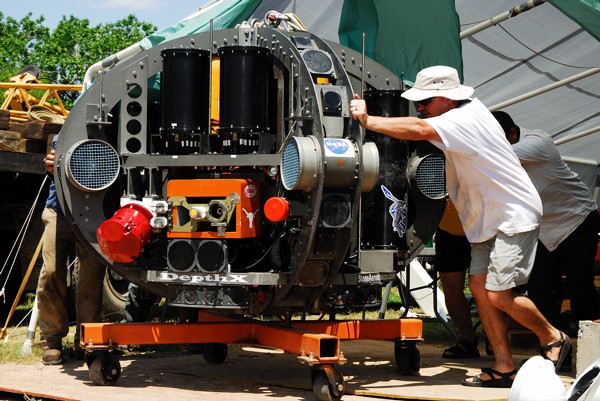 DEPTHX is rolled out from the field lab to begin the final series of tests at Sistema Zacaton. Photo: (Jose Antonio Soriano / Stone Aerospace). 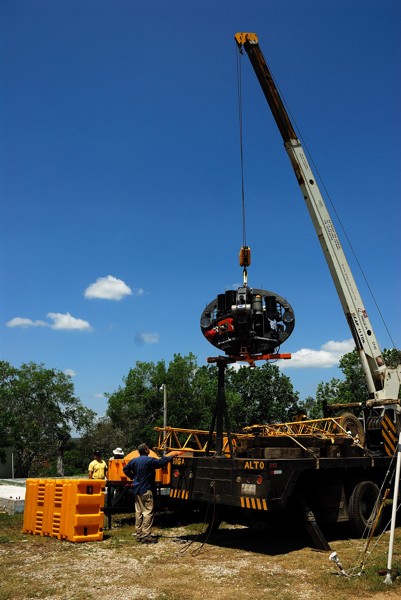 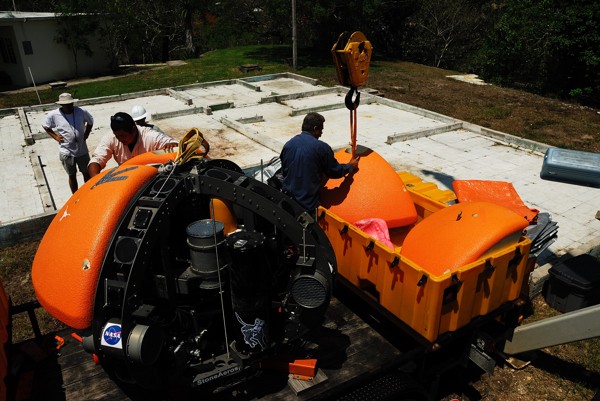