Back in business with our repaired profiler, today we planned our first drop sonde mission. With Bill and Vickie waiting outside to track the bot from the ice surface with the loop antennas, the crew at mission control sent the bot under the ice on its first real data collection mission. We were done with all of our preliminary check-out tests and now its time to do some science. The idea of the drop sonde missions is this: We have made up an imaginary grid over the whole lake. The lines of grid are spaced apart by 100 meters in the x direction and 100 meters in the y direction. Every spot where two grid lines cross is a point where we want to get water chemistry measurements. To get these, the bot navigates at a depth of 1 meter below the ice ceiling to a grid point in its mission plan. When it reaches the point it floats up until the four feet at the top of the bot rest against the ice, a maneuver we call ice-picking. Once the bot is ice-picked, it is stable and begins to lower the sonde. The instruments on the sonde take measurements of the water chemistry and so on as the sonde reels out. The sonde stops lowering at a distance of 1 meter from the bottom, takes a photo of the bottom and then the sonde reels back up. While the bot is ice-picked and dropping the sonde, Bill and Vickie locate the bot’s position from the surface and mark the spot with a flag. At the end of the day, Maciej uses a GPS to get a coordinate for each flag. We can compare these coordinates showing where the vehicle has actually traveled to where the computer’s mission log says it has traveled. This is a double check for our navigation and assures Peter and John that we have an exact and accurate location for the instrument measurements we’ve taken. 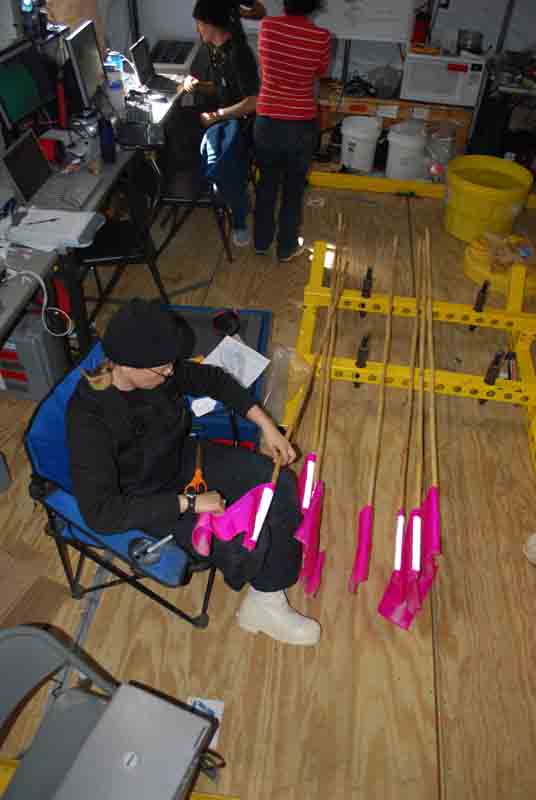 Vickie prepares the flags that will be used to mark the locations of the sonde casts.

For our first data run, everything went incredibly smoothly. Bill, Peter and Vickie tracked the bot on the surface and watched as the flags marking the grid points lined up in 100 meter intervals. The folks at mission control found that things were going so well that we still had enough battery power to do an extra point on the way home. This gave us a total of eight sonde casts for the day, a very satisfying start to our scientific work at the lake. 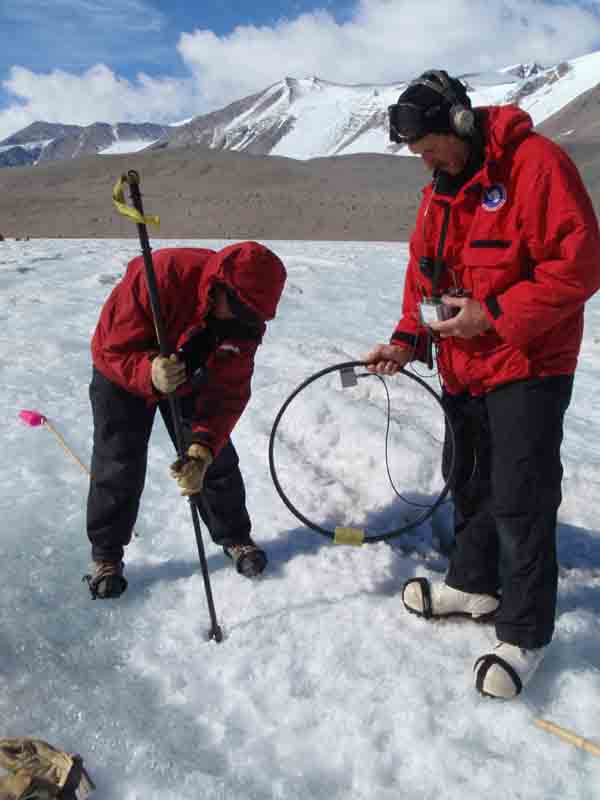 Peter marks the location of our first data point!

On the bot’s way back to the melt hole after the sonde casts, Kristof took the opportunity to troubleshoot some problems he had been having with the USBL. The USBL is one of the bot’s navigation tools and there are two parts to it, the large transceiver is mounted to the vehicle and the 30 cm long transponder hangs down in the melt hole. It is kind of like a homing beacon: transponder sends out a signal, the transceiver picks up that signal and can then calculate the distance and bearing to the transponder. It feeds that bearing and distance to the bot and the bot uses it to help navigate home. For the past few days we had not been able to get it to work; the transceiver was not receiving the transponder’s signal, but after some experimentation today, we found the best depth at which to hang the transponder, and now that system is working. 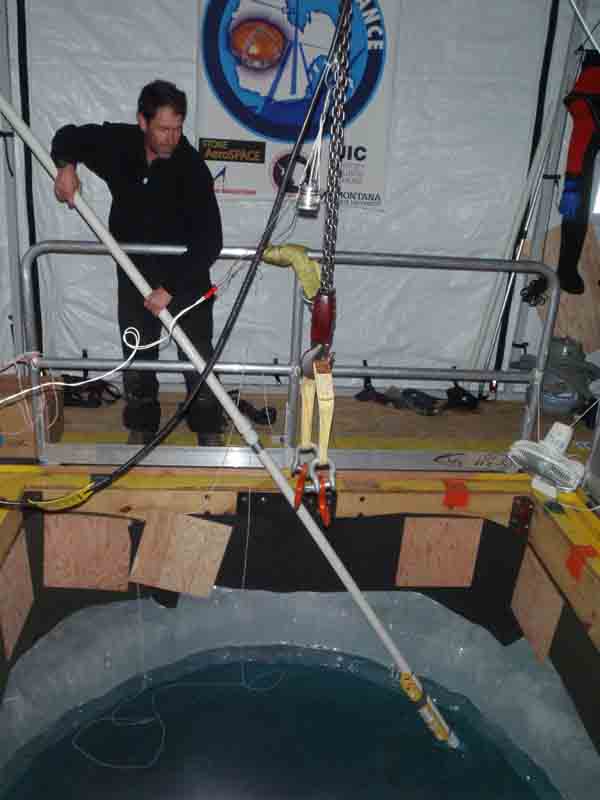 John adjusts the depth of the USBL transponder. 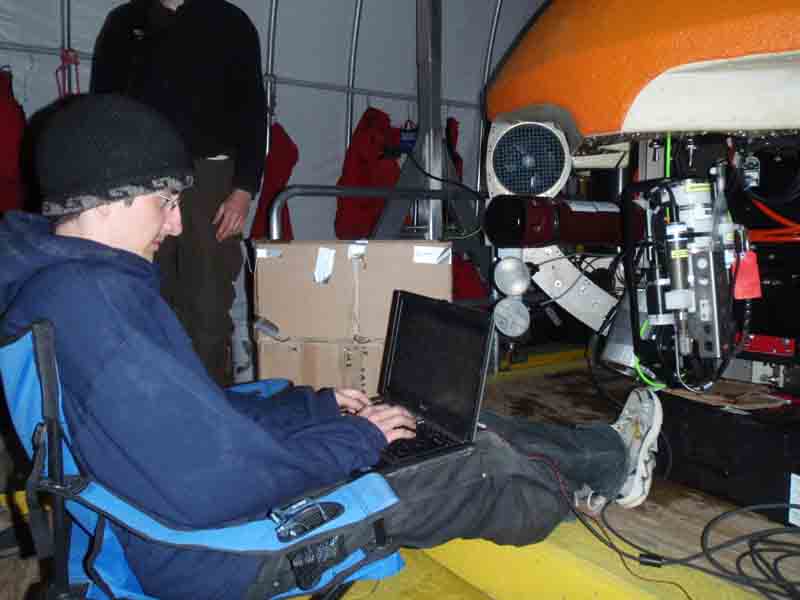 Chris downloads our first lake data from the Seabird instruments at the end of the day. 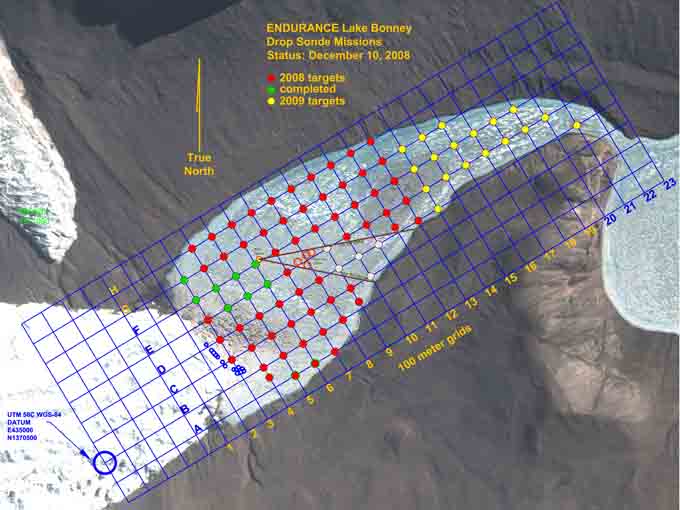 Our status at the end of the first profiler mission.