This morning was deceptively warm and sunny. As soon as we got out to the bot house and started mission four, the wind kicked up and the temperature dropped. Both the team at mission control and the team out tracking the bot had a chilly day. We had a few nervous moments where the communications link between mission control and the bot dropped out due to a kink in the fiber as it spooled out of the bot house but otherwise it was a textbook mission. In terms of the number of points hit, mission four was our most productive so far, with 13 new data points. We ran parallel to the north shore of the lake and got some exciting photos of the lake bottom. 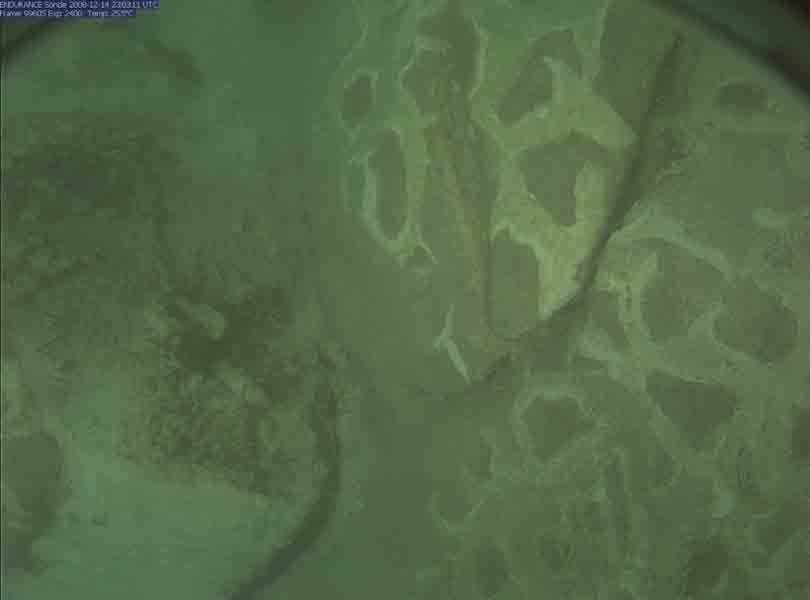 Today the sonde camera recorded this image, among others, of microbial growths on rocks at a depth of 10 meters.

We pulled the bot back into the Bot House at the end of the mission and put it on charge. Originally our plan today had been to run two missions but the tracking team was chilled and tired and we decided that the day would just run too long by the time we had recharged the batteries, so we headed off to dinner. 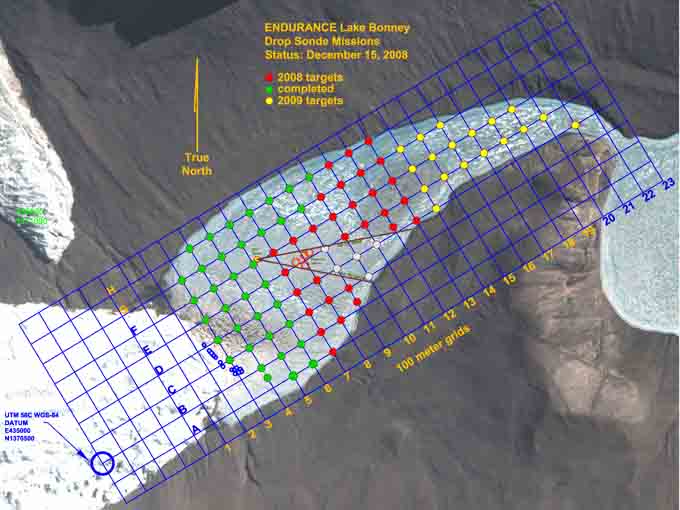 Our status at the end of Mission 4.