To our surprise, the sonar scans showed nothing under the ice in the area where icebergs stood 2 meters high on the surface. It would seem that either the warm water entering the lake near the glacier has melted the subsurface portion of the bergs or that the surface bergs were formed ice that spalled off the glacier face never broke the surface of the lake ice in the first place. In any case, we were happy that this hypothesized snag hazard didn’t exist. 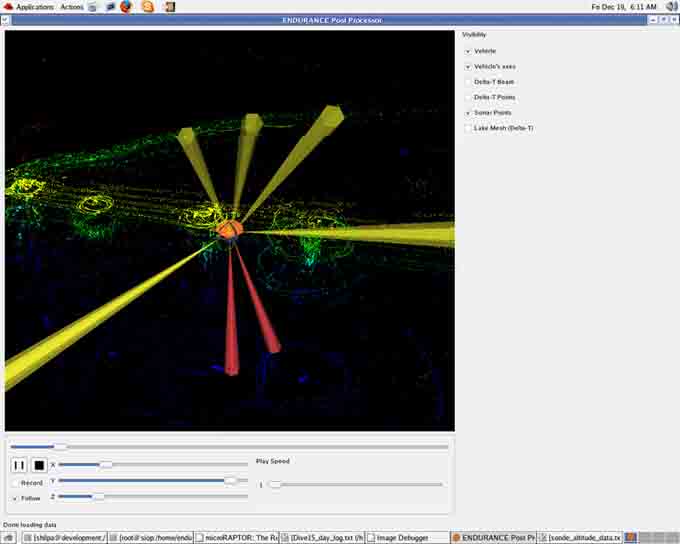 A screenshot of the visualizer program that shows us where the sonars are getting hits.