With yesterday’s success and some navigation data for the programmers to occupy themselves with, today seemed like a good day to work on the problem with the profiler. Through some research, Bart had established that there was a thermistor in the servo driver electronics that would trigger a fault at temperatures around freezing. This seemed like a strange design because the usual concern with electronics is that they will overheat and fail, so having a maximum temperature cutoff makes sense. At our temperatures, though, the electronics will still work fine and there is no real reason to trigger a fault. There are several ways to get around this problem and all of them involved getting into the driver’s electronics. What Bart decided to do was to replace the thermistors with a fixed value resistor.

The first step of this repair was to remove the housing that contains the profiler electronics. Unfortunately, this is not easy. Of all of the housings we might need to open, the profiler electronics pod is in the physical heart of bot, buried in cables, metal frames, pulleys and so on. We had to remove the drop sonde from its cable, remove the pulley, and undo dozens of nearly-impossible-to-reach bolts. To everyone’s surprise, we had the pod out in only two hours. 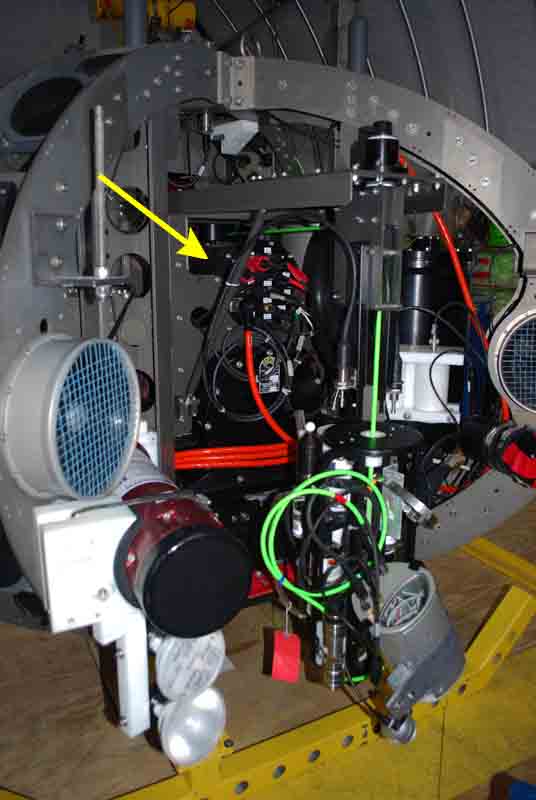 Here is the pod we have to remove, right in the center of the vehicle. 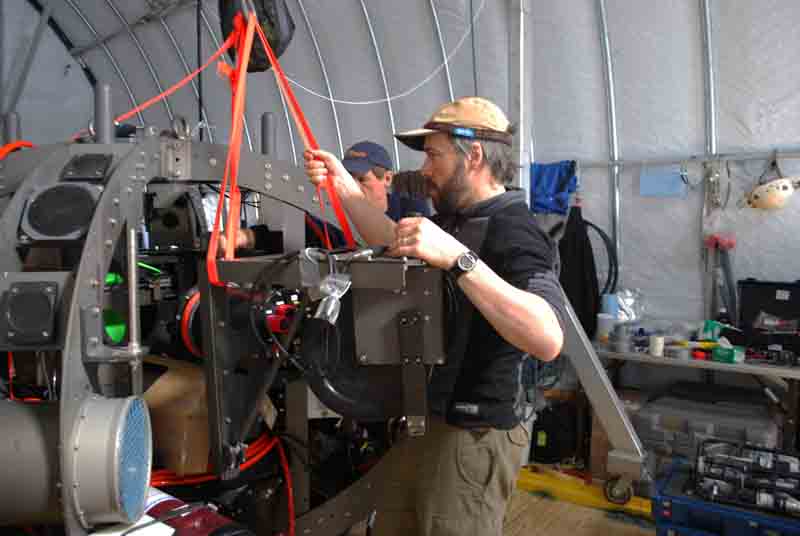 Bart slowly slides the electronics pod and pulley assembly out of the vehicle. 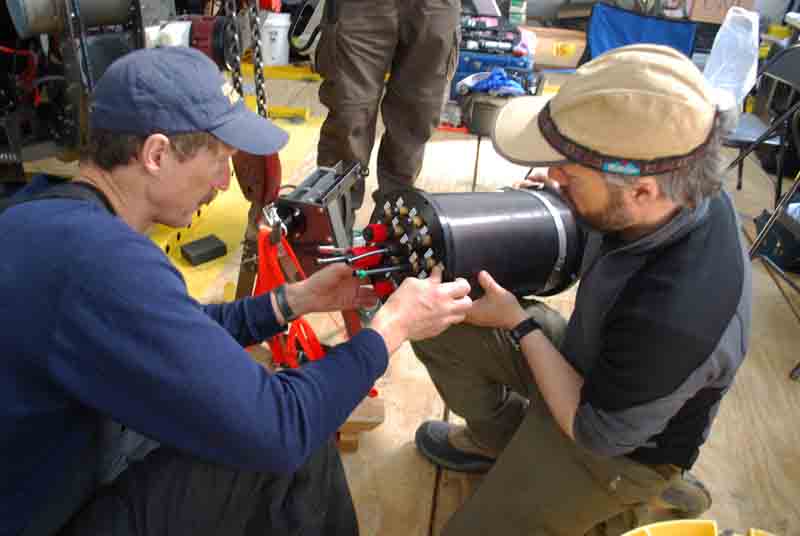 Bill and Bart inspect the pod after we’ve detached the pulley assembly.

Pulling the pod out of the bot was only the beginning of the process. Once we had opened the pod, it took Bart several more hours to meticulously remove the electronic components that blocked his access to the servo driver electronics, where he needed to work. He decided that the easiest fix to our temperature fault problem was to spoof the firmware temperature fault control so that it would never trip off. He did this by soldering a standard value resistor in series with the thermistor that had been built into the driver by the manufacturer. A thermistor is a like a temperature sensitive resistor. At lower temperature it provides less resistance and at higher temperature it provides more resistance. Placing another resistor in series with the thermistor adds to the total resistance “felt” in that part of the circuit. Since the firmware equates higher resistance to higher temperature, it is fooled by this new high resistance to think that the temperature is higher than it really is and it doesn’t trip the fault. 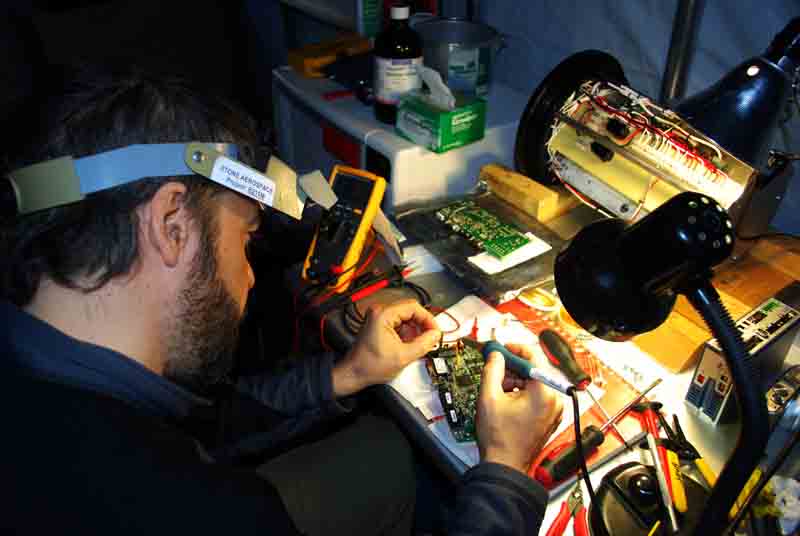 Bart works late into the night opening up the pod, digging through the layers of electronics and soldering in the resistors.

It’s good in theory, and we all hope it’s going to work.