Thanks to Bart’s long night with the servo driver electronics, we were ready to test the fix this morning. We hooked the pod, with electronics still exposed, to the bot and ran some tests in air to see if everything was functioning normally. Once we saw that the profiler drum was spooling out and winding up as directed we sealed the housing back up and spent a few hours remounting it into the bot. Now it was time for the real test—putting it back in the water. We lowered the bot nervously. Every time we open an electronics housing we run the risk of scratching the pod’s sealing surface or pinching an o-ring. Either mistake will allow the pod to leak, an obvious catastrophe. We were relieved, therefore, when the leak detector board in the pod showed normal data, no leaks. Even better was the news that the profiler was working, even after it had cooled down. We weren’t getting any temperature faults. Another hurdle is out of the way. 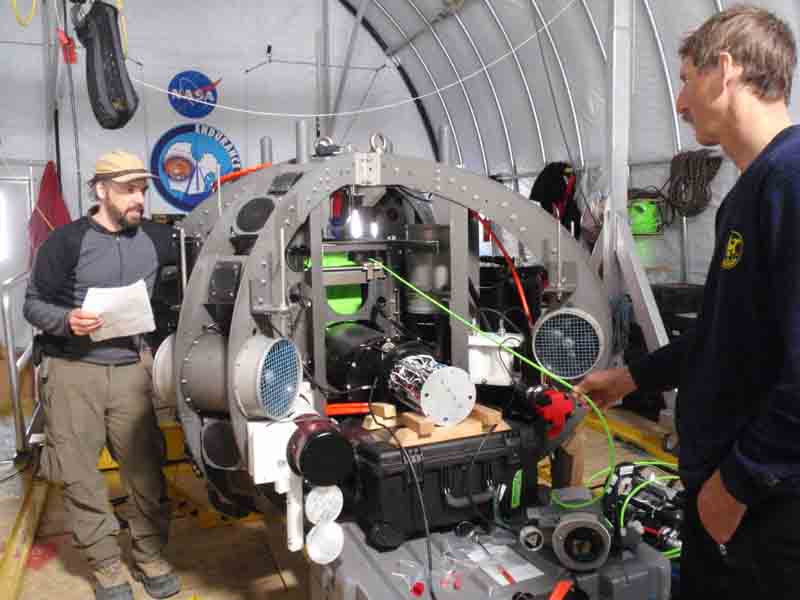 Bart and Bill test that the profiler is spooling cable in and out properly. The open profiler electronics pod is sitting on wood blocks between them.