In US Antarctic Program tradition, Thanksgiving is celebrated the Saturday after the actual holiday so that everyone gets a long weekend, both Saturday and Sunday off work! Of course, we are hardly the sort of people to argue with that kind of a tradition and we had an invitation from John and the folks at the Lake Bonney camp to join them for turkey dinner. Around midday we headed over to the camp on the east lobe of Lake Bonney. Most folks opted for the 20 minute ATV ride to the camp and Bill and Vickie decided to walk. Along the way they came across several mummified seals. For unknown reasons, seals and penguins occasionally wander away from the sea and travel up the Dry Valleys. A long way from home and with no chance of finding food in the barren valleys, these animals die before finding their way back. Since there are no insects to consume them and the climate is extremely dry and cold, the corpses remain remarkably intact for years. 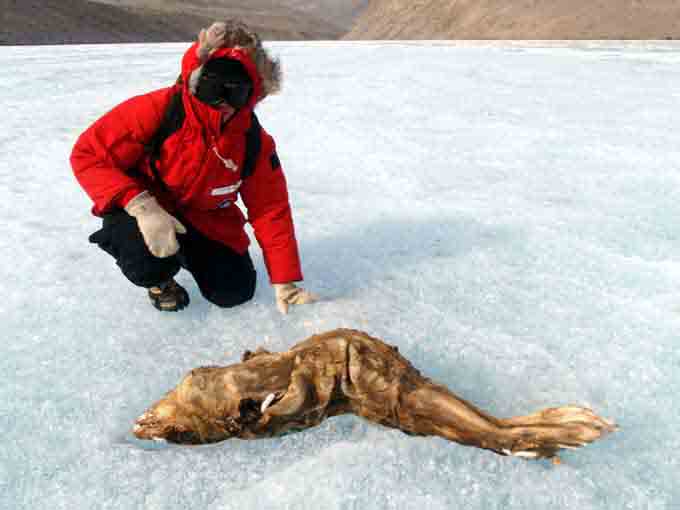 The last stragglers arrived at Lake Bonney Camp just as the turkeys were coming out of the oven. Noshing away on our stuffing and sweet potatoes we admired our surroundings. Unlike our camp at Blood Falls, the Lake Bonney camp is a permanent installation that is used every season. It is larger than our camp, with several large tents in addition to personal sleeping tents and a 15′ x 40′ jamesway building which is the kitchen and community space for the group there. Also they have WiFi. It was field camp nirvana. After thoroughly enjoying the good food and good company provided by the Bonney Camp researchers we took ATVs back to Blood Falls for the night. 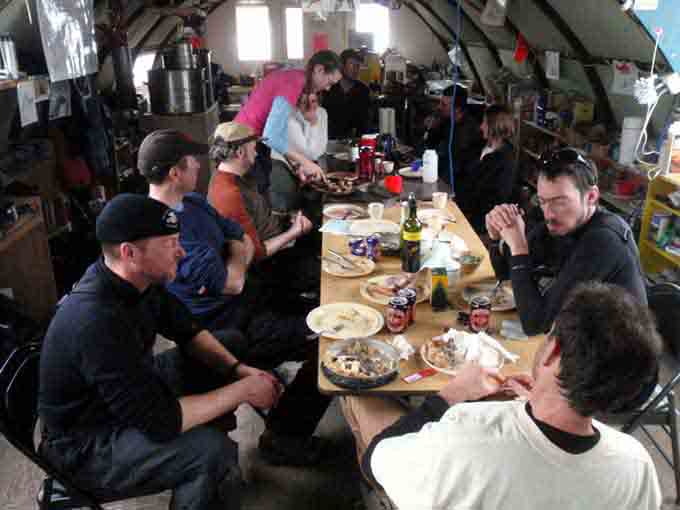 Everyone relaxes after Thanksgiving dinner in the Lake Bonney jamesway.