Everything happened fast today. We had breakfast at 7am as usual then off to Crary to track last minute clean up issues (key returns, lab clean up, packing). We arrived at the mailroom at 11:30am amidst a growing crowd of people decked out in their full ECW gear (see October 6 blog entry). The group, probably 60 total, was enough that they crammed 18 of us into a Delta (which was a forced fit from any viewpoint) and had to load the rest into Ivan the Terrabus, which was also packed tight. 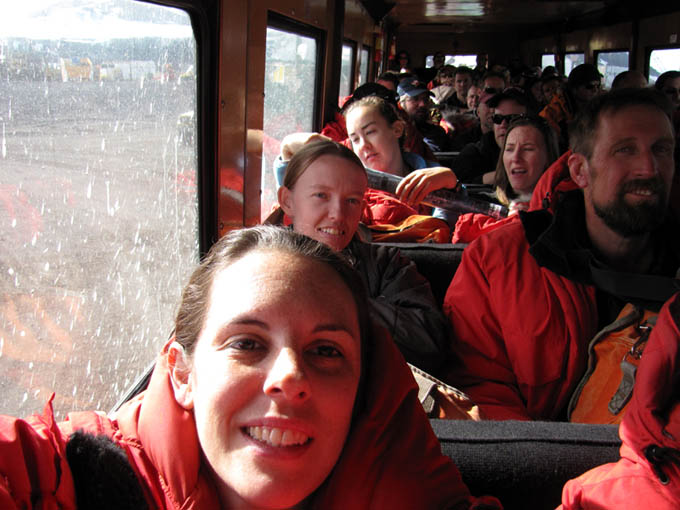 Rachel, Vickie, and about 40 others fill Ivan the Terrabus on the ride to Pegasus ice runway.

We arrived at the Pegasus ice runway site around 1:00pm and waited around for at least an hour and a half for the C17 to arrive. They first offloaded an amazing number of pallets, the last of which was a good 15m long—antennas for an experiment up on arrival heights. Then they loaded our grey and yellow boxes. Then us. We were in the air by 3:30pm and arrived in CHC around 9pm. The five and a half hour C17 flight was definitely to be preferred to the C130 we came back on the previous year, which averages around a 10-hour trip. It was nightfall when we arrived, something we had not seen for the past 2-1/2 months. And it was green. Green like you would not imagine except in some soap commercial shot in Ireland. 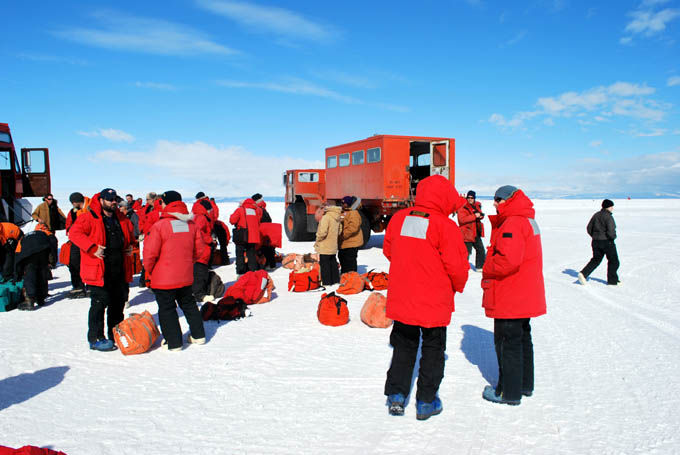 Pegasus refugees wait for the C17 on the ice runway. Pegasus is located on the Ross Ice Shelf proper, where the ice is permanently stable. But it is a long haul from McMurdo station—typically a 45 minute to 1 hour journey by Delta. Earlier in the season the sea ice in front of McMurdo is stable enough to use and the C17 can come within 500 meters of the base. 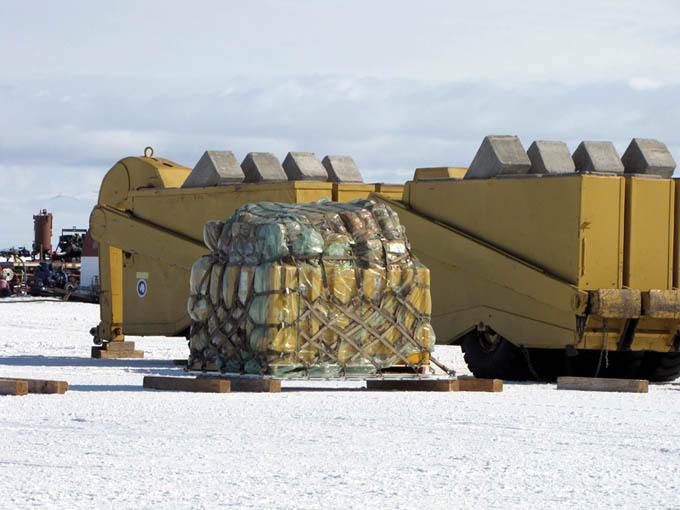 ENDURANCE gear on its pallet, waiting to be loaded into the C17. The strange looking vehicle in the background is used to compact the runway. 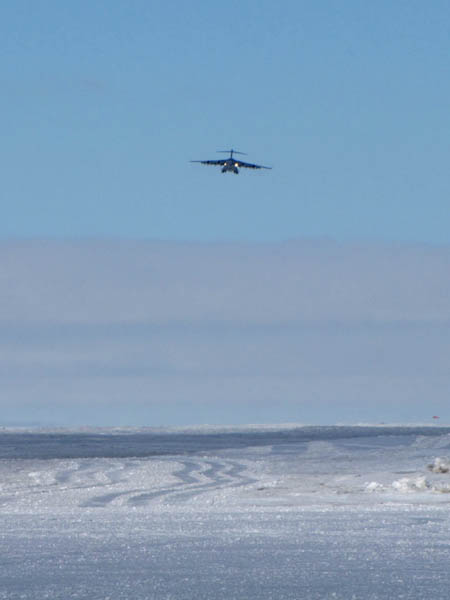 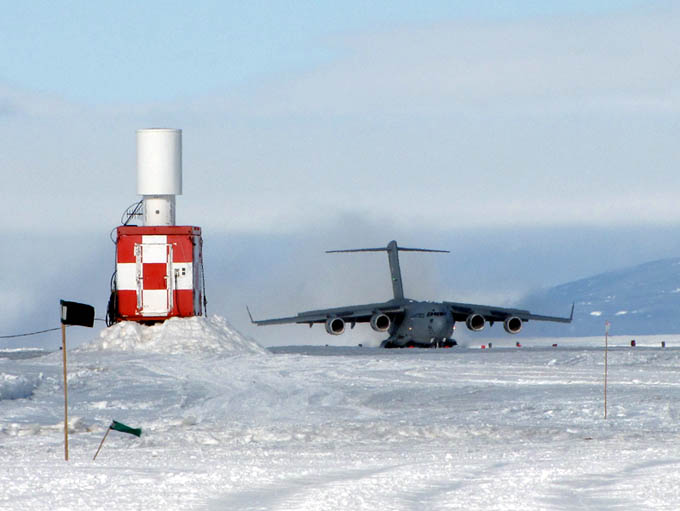 C17 touching down on Pegasus. 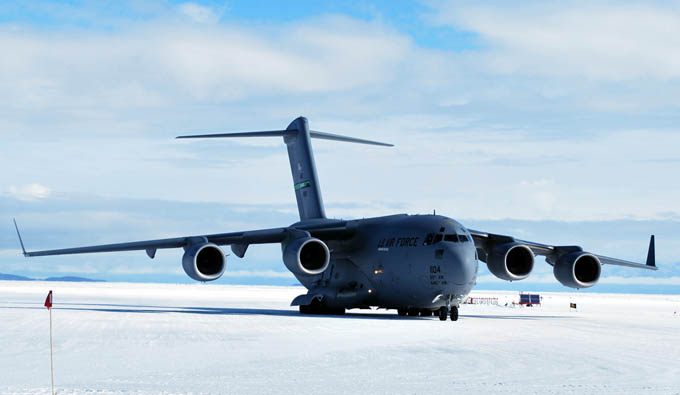 C17 on ground approach for off-loading. 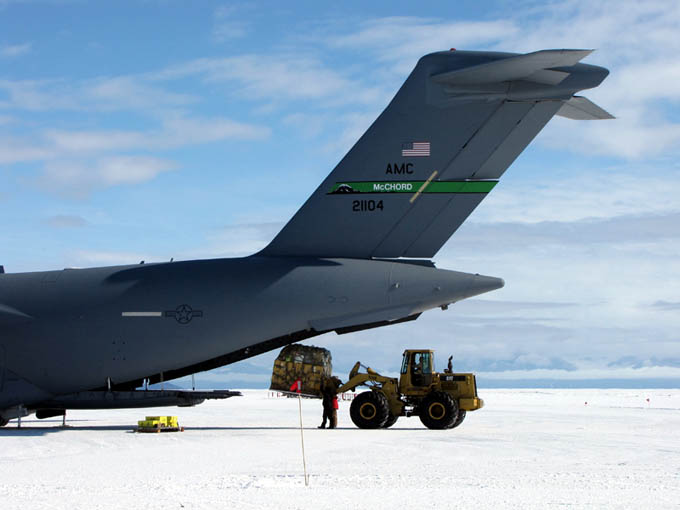 ENDURANCE shipping containers get loaded onto the C17.