The crew was up and at the lab at 8am and facing the substantial task of breaking everything down that had been set up for the past six weeks and getting it into the appropriate shipping containers, “Triwalls,” and readied to be lashed into cargo nets for pick up by the helo fleet that would now be visiting us like mosquitos on a hot summer evening. 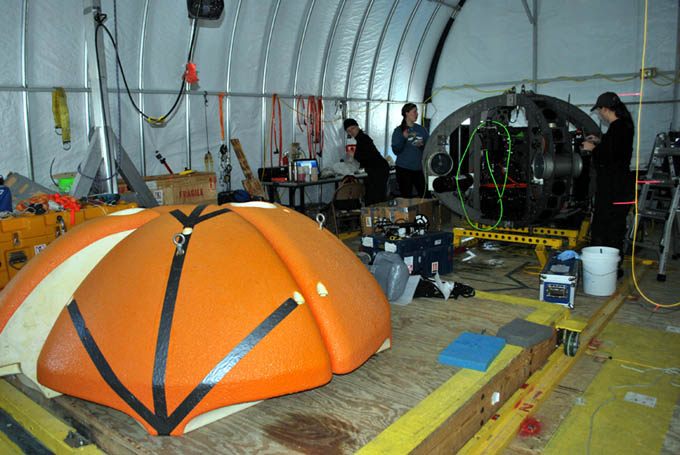 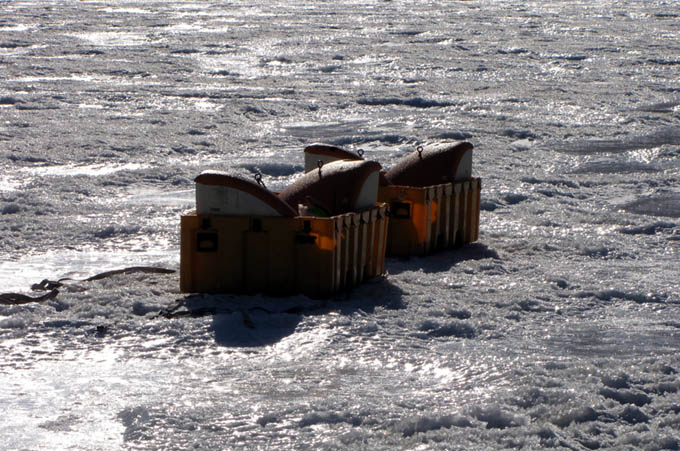 Looking like a quartet of killer whales breaching the surface for breath, the bot syntactic sits on a sea of frozen ice on West Lake Bonney, awaiting closure for helo pickup. 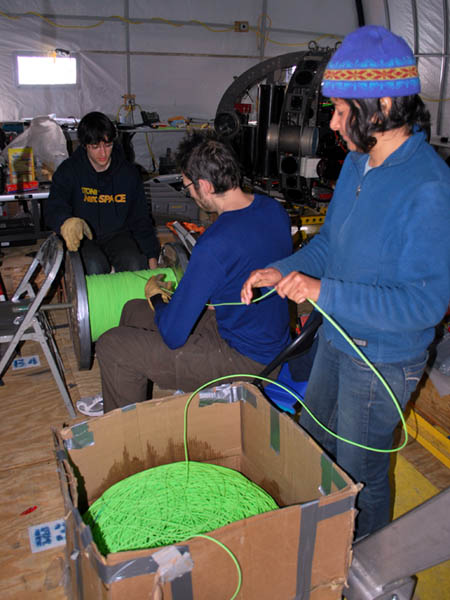 By 4pm the first half of the team was heading back to ELB camp to begin packing up personal things in preparation for tomorrow’s expected retro to McMurdo. Along the way to ELB a team of four from the carpentry shop led by Chad McNaughton passed on their way to begin preparation of helo sling loads for the cargo boxes that our team had assembled. Several loads left for McMurdo today including all of our diving gear and a compressor in one sling under a B212. It was like Anti-Cargo-Cult mysticism… You laid out the loads on the ice and they disappeared before sunset. It was always impressive to watch when the McMurdo helo fleet kicked in. And to them we owe a debt of gratitude for their awesome service both in 2008 and 2009. 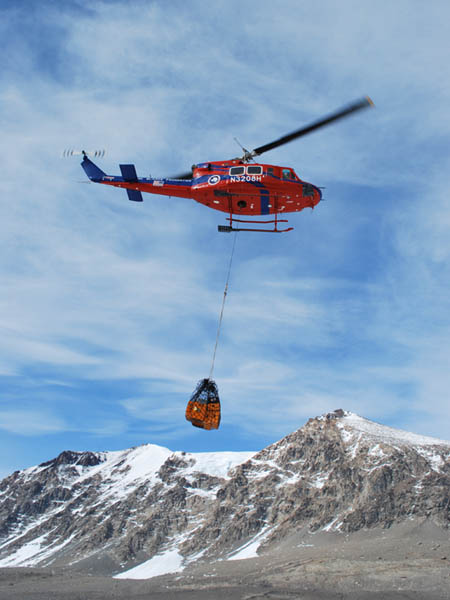 Bell 212 Helo “Oh-Eight-Hotel” carries a half ton of diving gear out in one lift.

There was one final piece of unfinished business for some of us. After having stared at the looming Matterhorn peak (see November 5, 6, and 22nd logs), 1860 vertical meters above our camp, everyday for 6 weeks and with precious few hours left this year before departure, Kristof, Chris, and Bill set off to climb it at 5pm. The weather was stark clear and the wind had died. Despite the good weather the three each carried ECW gear, food, water, and radios. Six hours later they reached a point about 200 vertical meters below the summit and found the route too steep with snow and ice to safely continue without technical ice gear. The view, from a vertical mile above camp, well above the southern Kukri Hills that flanked Taylor Valley, was one that would last in memory forever. The absolute pristine beauty, the stark geometry of rock and ice, of banded exposed geology, and the vista that went for more than a hundred miles, was stunning. We could see over the Kukri Hills to the south and beyond the Asgard Range to the north. McMurdo Sound was visible to the east. The descent was swift and sure and the team was back by 2am, in time to celebrate the return of Maciek Obryk and Jim Olech to ELB. They would help us take down the bot garage in the morning. 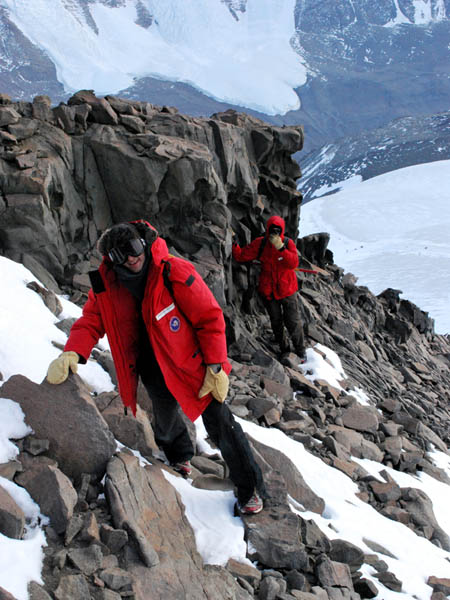 Chris (left) and Kristof make their way up the final basalt, dark-rock summit pyramid on the Matterhorn. Far below is the Matterhorn Glacier which, itself, is close to 800 meters above East Lake Bonney, far, far below. 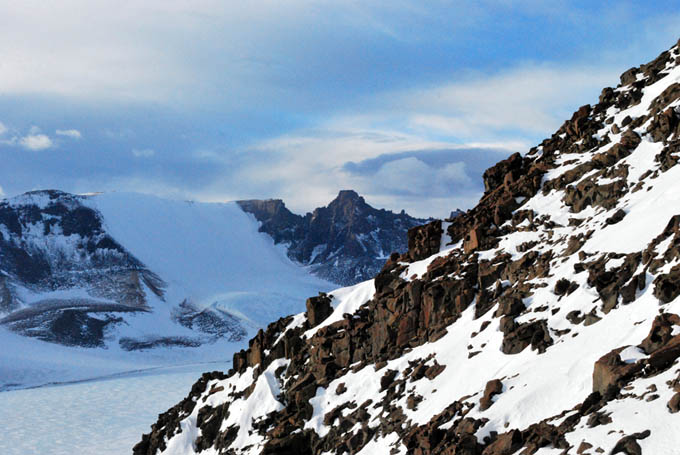 A forever view looking north into the Asgard Range from near the summit of the Matterhorn. 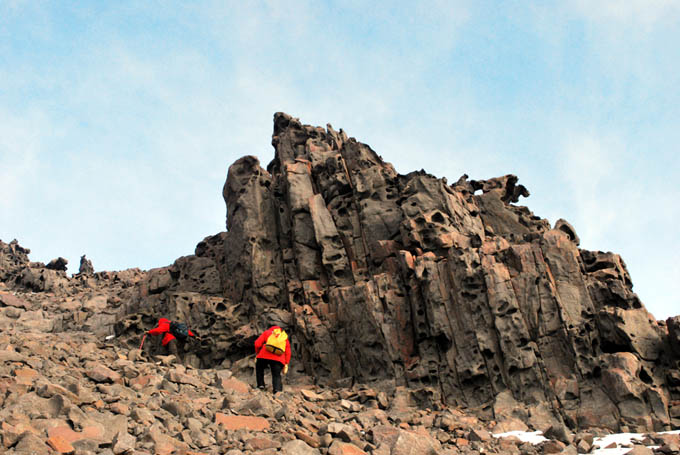 A bizarre wind-eroded basalt pillar ventifact some 200 meters below the summit of the Matterhorn gives the appearance of a host of spirit faces scrutinizing the arrival of the climbing team. The angular distortion is deceiving—the pillar is actually vertical and the boulder slope is close to 45-degrees to the vertical.