At 7am Peter Doran came around to every tent in East Lake Bonney camp and woke the crew up one by one. Despite the cloud cap the word from McMurdo was that the helos were flying, and there was much to do today. Everyone crash packed their tent, sleeping bags, pads, personal clothes, and ECW by 8am and had lugged them down to a growing pile below the helipad just east of the Jamesway. At 8:10am Vickie, Rachel, Bill, Maciek, and Jim headed for the bot garage to join the carpentry crew for the dismantling of the now-empty lab structure. Kristof, Chris, Peter, and Shilpa were scheduled for the first helo flight back to McMurdo and stayed at ELB to pack.

By noon the tarps, insulation blankets and framing (tubes) were all down and boxed. We used a rolling scaffold with two persons on top and two ladders on the mid-sides.
We had to move the bot (on its sled) to the side of the platform to allow passage of the scaffold; otherwise it all went well. The carp team remained on site handling the preparation of sling loads for several more helo lifts expected in the afternoon. For our team, however, it was time to quickly retreat to ELB camp and make one last pass through the Jamesway to ensure everything was packed. It was time to go meet our science cargo back in McMurdo. 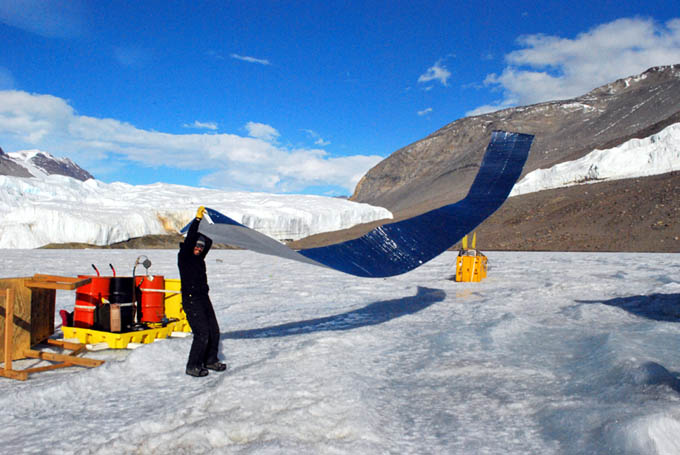 Maciek removes one of 17 mylar thermal blankets from the bot garage siding. 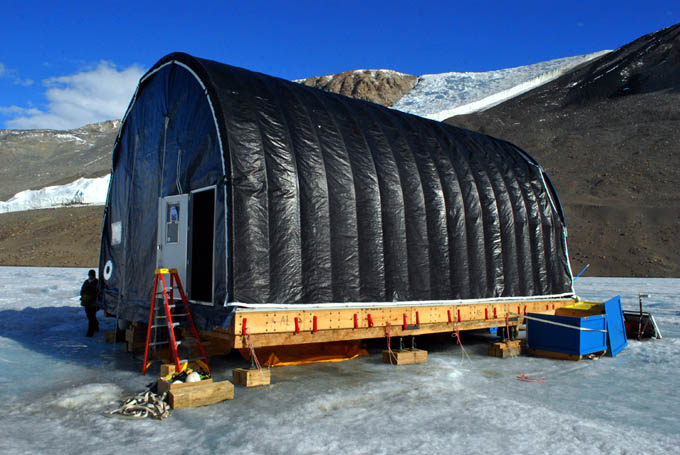 The interior, final shell of the bot garage presses against the tube frame in the up-valley wind. 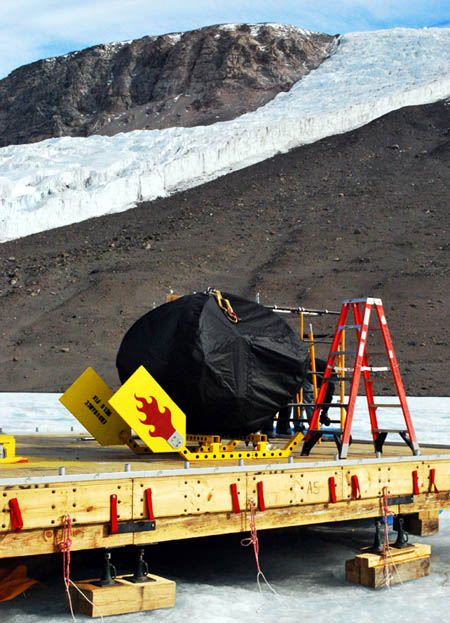 With the superstructure of the bot garage stripped away and all of the science gear packed in cargo crates and sling loads, ENDURANCE stands alone in its own ECW gear, awaiting pickup. 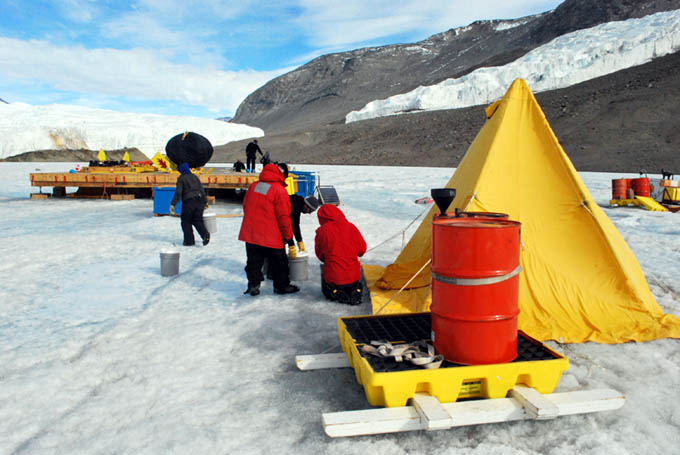 The art of Antarctic Dry Valley conservation: Vickie, Rachel, Maciek, and Jim cart off seven 5-gallon bio-hazard drums of human waste from the yellow pyramidal Scott tent outhouse by the bot garage. The orange 55 gallon drums contain six weeks of urine. Nothing is left behind.

A B-212 helo dropped in on ELB camp around 2:20pm. We had already hauled all our bags up and had them sitting beneath the helo pad so it was a matter of putting on ECW jackets and white boots and running up. They handed out helmets and we crammed six of us in the back along with all our orange bags (sleeping kits had been left under the helo pad for later pickup).

Packing out: personal helo bags (orange) stack up outside the ELB Jamesway on December 5th. Each person gets two such bags. Science cargo goes separate. 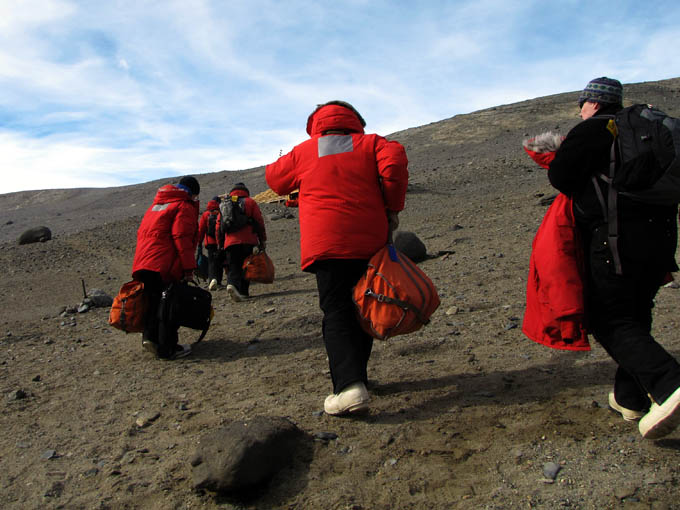 The final hike to the helo pad for the ride back to McMurdo. Six people in full ECW gear with their personal belongings fit into the B212.

The housing office handed out keys when we arrived. Some people fared worse than others in the lottery: Kristof, Chris, Maciek, and Jim got bunks in the infamous Hotel California. Emma and Shilpa, on the other hand, got their own rooms in Building 203. So ended the 2009 field season. For some of, however, it would be another week in McMurdo, packing equipment for retro to CONUS.