We continue to struggle with the melt hole. Since we are starting our work here nearly a month earlier than we did last year the ice is both colder and thicker (4 meters thick, compared to 3 meters last year), making melting much trickier. Last year the hole took 3 days to melt out. This year’s hole was started 13 days ago and while the wind shield we put up yesterday has helped significantly, so far the hole is still too small for the bot to fit all the way through. Bart and Kristof have become amateur Hotsy wranglers, coaxing the fussy machinery to work and readjusting the melt coils throughout the course of the day. Our original ice cowboys, Maciej and Jim, take the night shift. Between the four of them we have the Hotsies running 24 hours a day.

Vickie and Bill left the Bot House for a brief trip to set up a GPS base station at the nearest benchmark, located at the Blood Falls Camp, where we were based last year. The base station will remain anchored to the benchmark for the duration of our work here. The GPS system will allow us to obtain real-time, high-precision coordinates for the sonde-drop points that the bot will travel to once we start running missions. 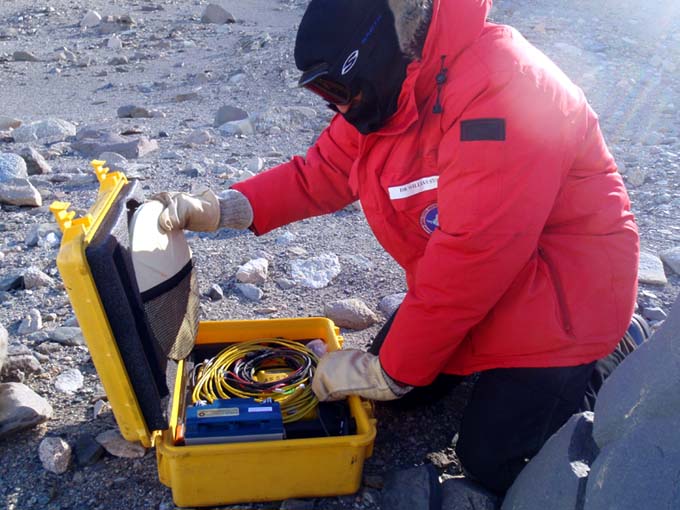 Bill unpacks the base station for our Real Time Kinematic (RTK) GPS system.

Later in the day, the hole finally cleared out enough that we could just barely submerge the bot, without the orange syntactic blocks, to run some basic tests and check that none of the electronics housings were leaking. No leaks turned up and all systems functioned normally, with the exception of some minor problems with a data line to the sonde camera. 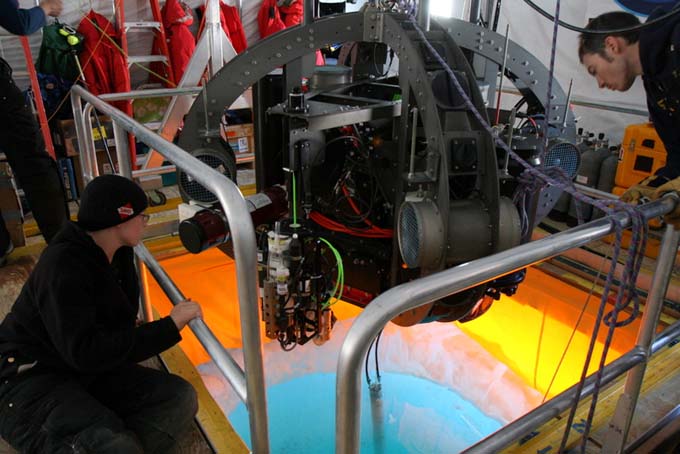 Vickie and Kristof watch to make sure the bot will not bump the side of the melt hole as it is lowered into the water for the first time this season. 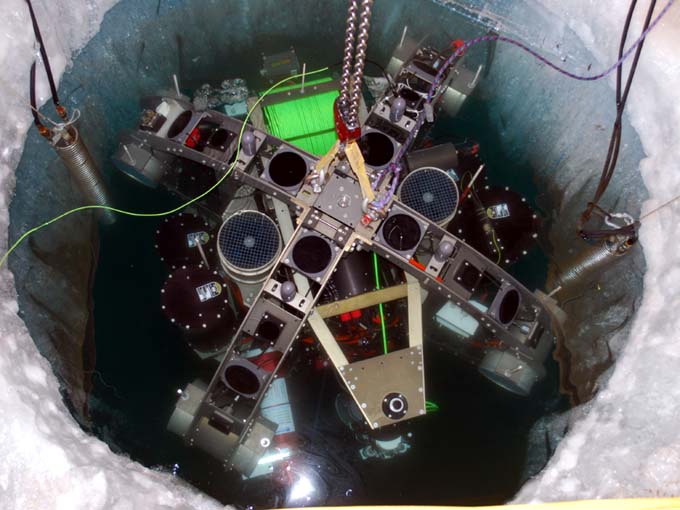 The bot, minus syntactic blocks just barely fits in the melt hole for some initial in-water testing. Two Hotsy fingers (coils) continue to melt the ice during the tests.

As of this evening, the bottom of the hole is still too narrow, so it will be another long night out on the lake for the Hotsy cowboys. Thanks guys!