The mission today was clear: find the cause of the communications system failure of yesterday. We had already tested all the elements of the external system yesterday (fiber, data converters) and the internal data hub itself proved to be functioning correctly when run off an external power supply dialed to the appropriate drive voltage. Similarly, the onboard power supplies were also working correctly. It took eight hours to methodically go down the list of likely contenders. In the end, the theory that wire terminations in a screw-type termination block had oxidized and thereby reduced the voltage getting to the communications hub had proved correct. In effect there had been a power “brown out” that was enough to drop the hub for the remainder of the mission after the initial failure at G11. There were parallel communications (via internet) going on with several members of the SAS engineering team in the U.S. and elsewhere to confer on this subject. Ultimately, we pulled the wires leading to the data hub, trimmed them, reterminated and soldered them and then re-installed into the terminal block. The system powered up normally. The general conjecture was that the bot had sat in the MEC engineering center in McMurdo station for 10 months between the last power up and that this had given time for a loose connection to oxidize enough to manifest itself as a reduced voltage coming out of the power supplies. We pre-empted at this point and re-terminated all the other wires going into this same power block. 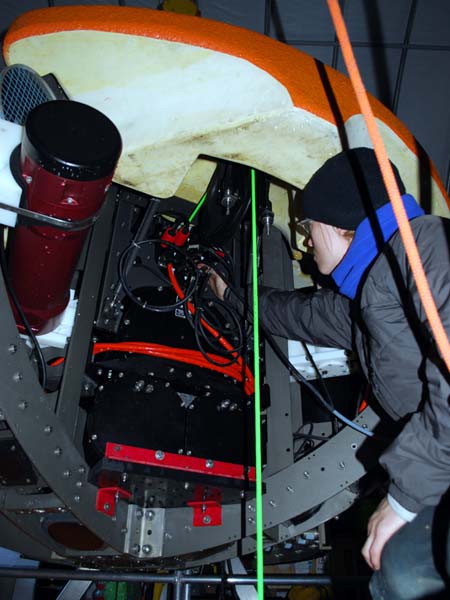 Vickie connects a local computer interface to the Profiler housing. Using this and an external laptop computer we were able to respool the instrument sonde. 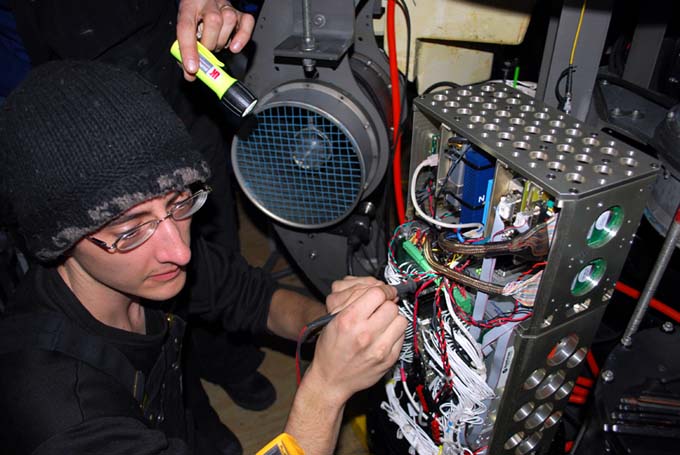 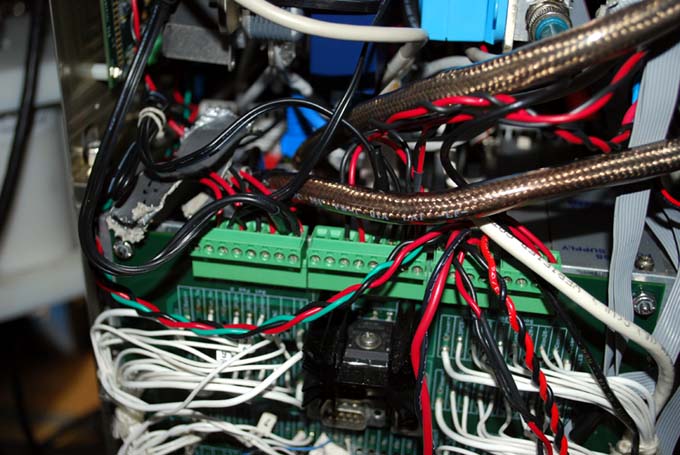 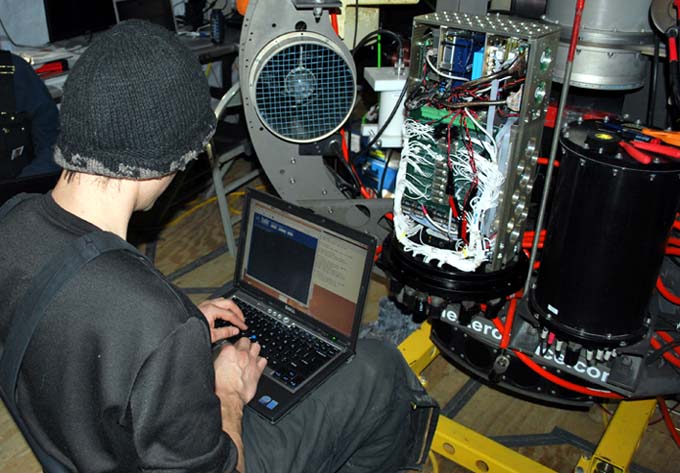 With refurbished connections, Chris successfully logs into the bot through the wireless interface.

Rachel reassembles the main computer. This is actually a stack of several processors. Overall there are 45 computer processors in ENDURANCE.

Meanwhile, Bart used the down time opportunity to play out a hunch regarding the 20% “stranded” power in the batteries. the new design, completed just in time for this season, used two stacks of batteries in series along with custom circuitry to balance the voltages. But that circuitry had to get its power somewhere and it was connected to the first half of the stack, slowly causing the voltage there to drop below the other stack. Safeguard circuitry looked for the lowest cell in the system and if it fell below a certain value (for fire safety) it disconnected the battery. What Bart discovered was a significantly larger power draw by the monitoring circuitry than was needed to run it. So a modification was made to the boards to reduce this demand by a factor of ten. Some test calculations indicated that at the new level of power draw from the monitoring circuits that the overall voltage balancing system would succeed (it was not designed for differential power draw). With the two halves of each of the power stacks (the vehicle uses two sets of two stacks) now balanced (manually) and the control circuitry installed, we anticipated a significant change in available power. Tomorrow’s mission will tell.