After some hard work by our night shift melters, the hole looked much more promising this morning. We kept the Hotsies running as we got down to work. We ran through the pre-dive checklist and hoisted the vehicle, again without syntactic, above the melt hole. This time, instead of doing a full-vehicle dunk we kept the bot hanging above the hole and ran sonde up and down to check that we had successfully troubleshot the sonde camera communications problem. We had, and the profiler was functioning well, so we turned attention back to working on the hole. 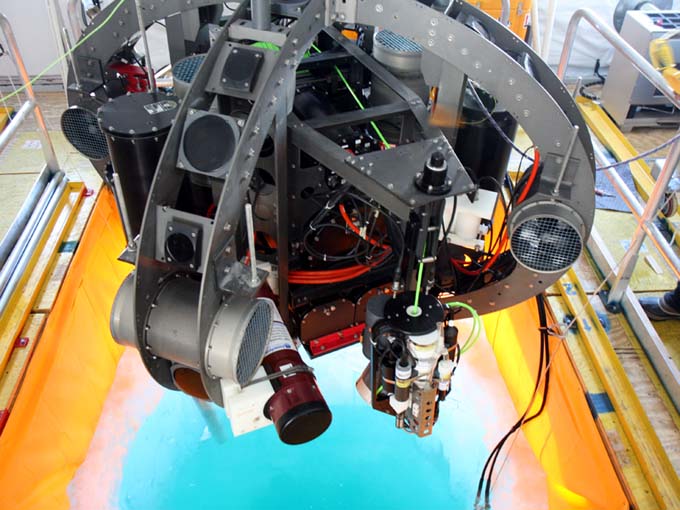 We suspended the bot above the water and ran the sonde down into the water for testing.

The lake water is typically crystal clear but it is also super-saturated with gases. The vibrating Hotsies knock some of that gas out of solution, making the water in the melt hole very fizzy like a glass of soda, as tiny bubbles of gas escape the water. While interesting, the effervescence decreases the visibility such that we cannot see the bottom of the ice hole. In order to get a better feel for how the lower reaches of the hole were progressing, we decided to send a human diver into the water. Vickie and Bill assembled the surface-supply diving equipment and suited up in their drysuits. Vickie did the dive and found a few hook-shaped knobs of ice sticking around the bottom and chopped these off with an ice axe, helped the people on the surface measure the diameter of the hole along the bottom, and strategically placed a trombone melt finger so that it would cleanly cut off a particularly large flake of ice. 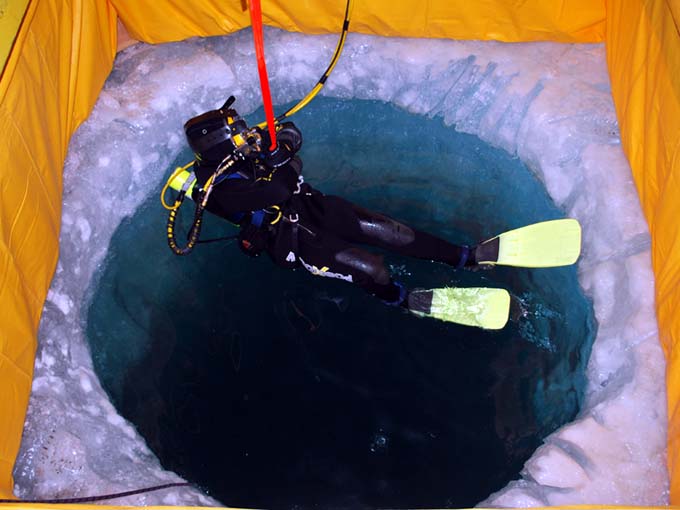 Suited up for the cold water, Vickie is lowered into the melt hole. She is the first woman to dive in Lake Bonney. 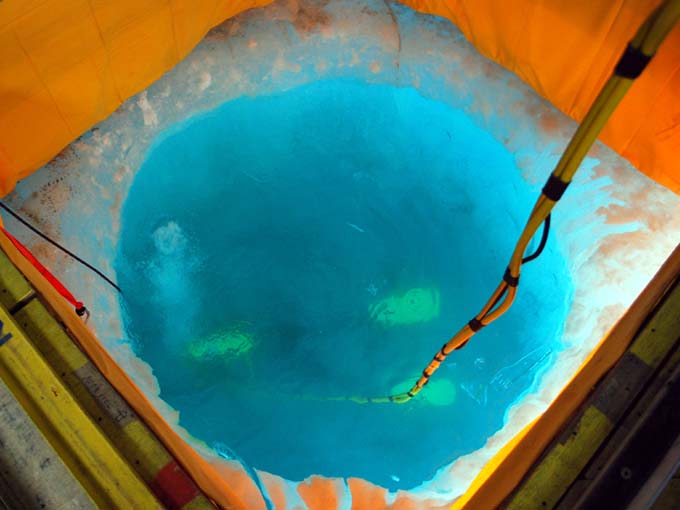 Vickie inspects the lower reaches of the melt hole.

Satisfied with our new melting strategy, after Vickie’s dive we spent the remainder of our time this evening installing the bot’s syntactic blocks so that we are ready to go with the next steps first thing in the morning.