Mission Objective: Acquire lake edge bathymetry around the south side of the lake to the narrows at Bonney Riegel and then return via the entire north shore.

We were up at 8:10am to overcast skies. It was relatively warm (for Antarctica). The thermometer on the Jamesway read 7C but no one believed it since it was in direct sunlight. The wind chill on the ice felt much colder. But the sun was having an effect on the lake ice on the south side edges and our normal ATV route had become dangerous. We crossed the main bulk of East Lake Bonney directly to the north and then rode the much smoother, harder edge “moat” ice from there to the lab.

The sun had also affected the bot garage lab, ablating the edge ice and dropping the foundations on the east side of the structure. We periodically inspected this—in a single season a third of a meter of ice ablation was not unheard of here—and today found 40 mm gaps along the middle east side edge beams. Fortunately, we had known about this effect in advance and the foundation was equipped with industrial screw jacks, which we now activated to level up the lab. 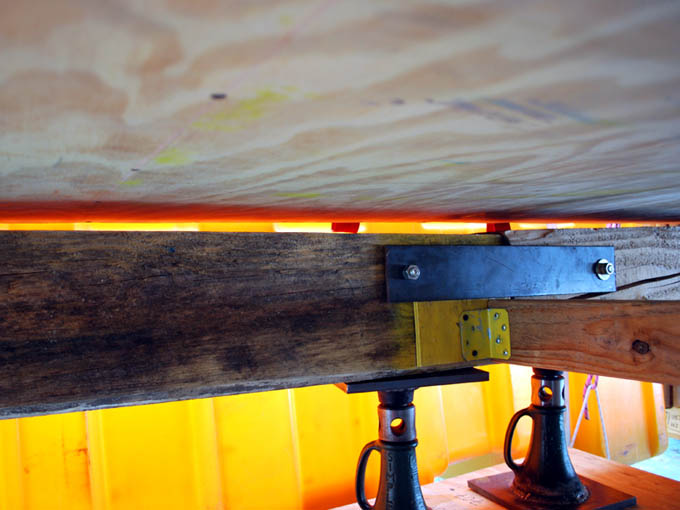 Solar ablation on the east side of the bot garage foundation left a 50 mm vertical gap between the support beams and the upper structure, possibly explaining the difficulty we had been having of late with moving the loaded gantry inside the lab. 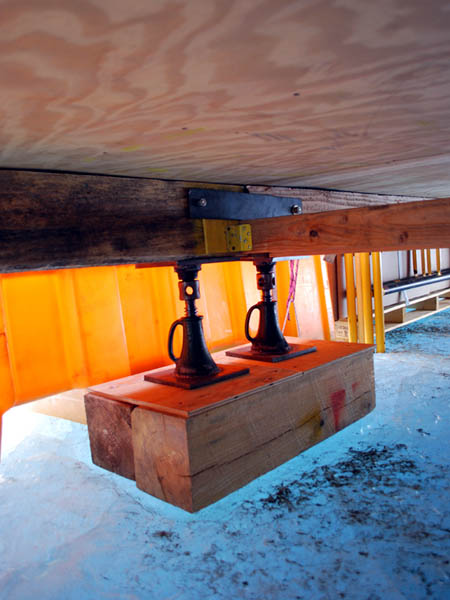 Fixing the foundation problem amounted to a few turns on the leveling jacks spaced about the outer perimeter of the lab. Here the 50 mm gap we discovered in the morning has been closed up.

By 11am the mission plan was generated, the IMU aligned, and the launch checklist well underway. This would be the most ambitious mission yet in terms of traverse length. The multi-beam sonar imaging system was again set up in side-look mode. No special physical arrangements were needed to do this. ENDURANCE is axysymmetric, so it is directionally-insensitive. So to map the side of the lake while moving forward we simply rotate the vehicle 90-degrees to the velocity vector and the onboard coordinate system transformations are automatic. At 11:55am the bot was in the water and on its way on autonomous bathymetry mission 2. At 5pm the it returned to the melt hole in one pass from the western end of West Lake Bonney without any additional search, discovered the central alignment beam and surfaced directly. The water was clear enough to see the vehicle at -5m as it returned. There were no incidents on the entire mission. There was no intervention from the team. Mission duration was 4 hours and 50 minutes with a trajectory length of 3.6 kilometers. A total of 34 million valid (non-noise / non-multipath) bathymetry measurements had been made and logged. This left only selected gaps in coverage across the lake which we felt could be covered in no more than four additional missions. 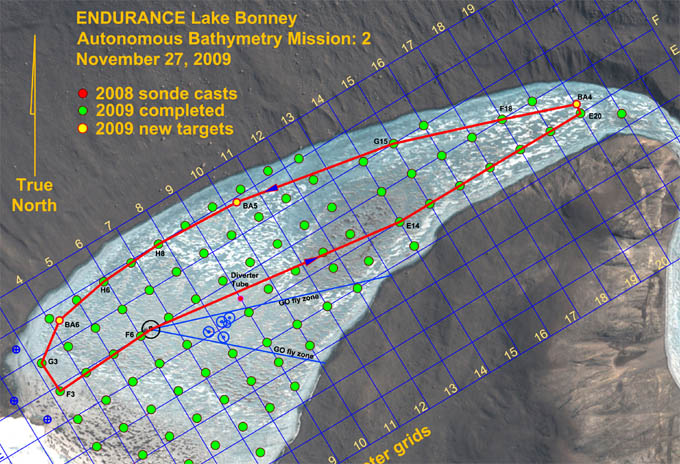 The longest mission yet for ENDURANCE was relatively simple in geometry: proceed straight to the south side of the lake and follow the perimeter around, scanning the shoreline from an 80 meter standoff radius. This resolved a long standing debate that had gone on regarding how to effectively capture the shallow portions of the lake bathymetry. In shallow water the imaging sonar, pointed in down-look mode, was inefficient because there was not much distance below the keel of the bot for the beam to fan out. So we would have had to make a very large number of concentric passes in this fashion to ensure we had measurement data over these areas. But if we inverted the problem and scanned from the side, we could cover the entire problem area in one pass. The 80 meter standoff distance was chosen because this had proven to be a maximum range for the imaging sonar before we began seeing noise in the data. The objective was both uniform as well as quality bathymetry data. 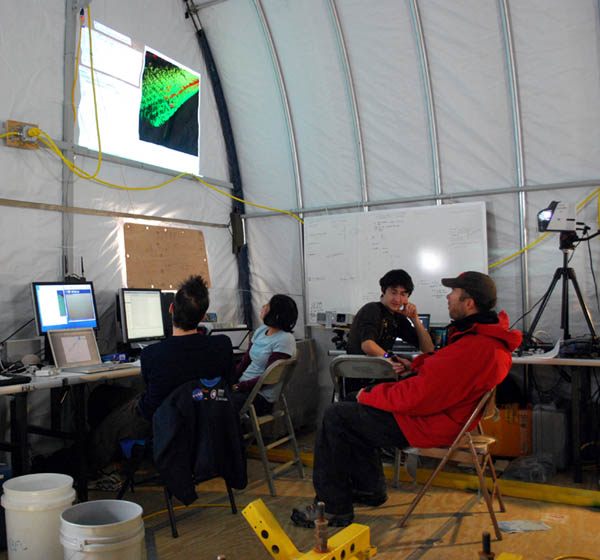 In Mission Control, Kristof (left), Shilpa, Chris, and Peter monitor, but don’t interfere with, the independent actions of the bot. The 5 hour, 3.6 kilometer mission proceeded without incident.

The crew was back at the ELB Jamesway by 6:30pm… a short day by our recent standards. Total automation can be boring sometimes. 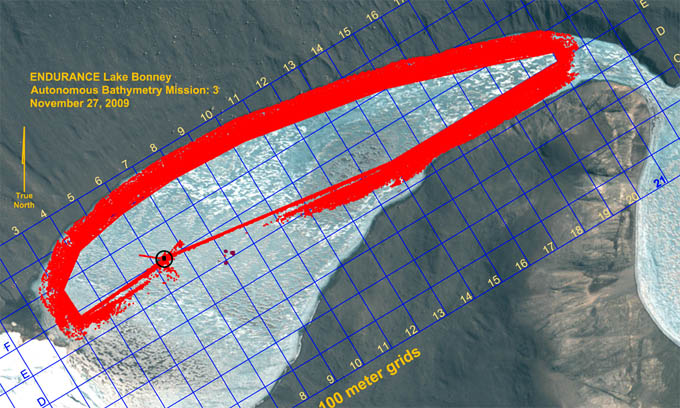 Results from Autonomous Bathymetry Mission 2: a total of 34 million measurements along most of the lake shoreline. Internal gaps in the data will be filled in during the next four missions.