The bot was in the water at 11:30am. Around an hour later it was apparent that there was a navigation error which was being manifested as a scaling and rotation error. We subsequently drove the vehicle to stations F5, F4, and F3 which showed a straight line at about 95% scale and rotated 8 degrees counterclockwise from the accurate data from two days ago. We returned the bot to the lab and GPS-located the achieved stations targeted at F5, F4, and F3.

Kristof soon realized that the navigation correction transform obtained from the 2009 calibration had been accidentally applied to the previous 2008 corrections so we had been doubly correcting. We made the correction but decided to put the vehicle on charge for an hour to make up for the lost power before re-starting today’s mission. We were back in the water at 3:30pm.

Ultimately this was a 19 point sonde mission. We started off swiftly with F5,G5,G4, G3, H4, H5 then encounterd a data fiber snag when returning from the closest approach to the glacier—probably from the same type of pressure cracks and bulges that had plagued the previous mission. We modified the mission to go to G6 whereupon the fiber pulled free. The remaining stations—H6, G7, H7, H8, H9, H10, G10, G9, G8, F8, F7, F6—proceeded without issue. 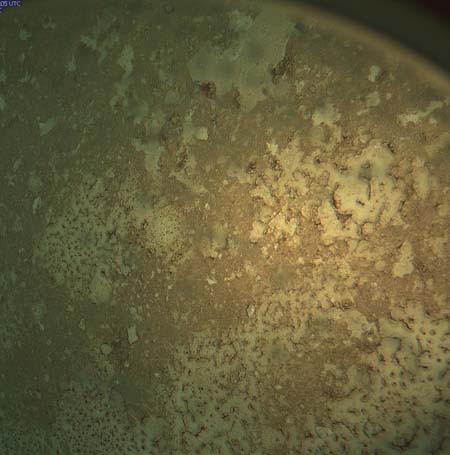 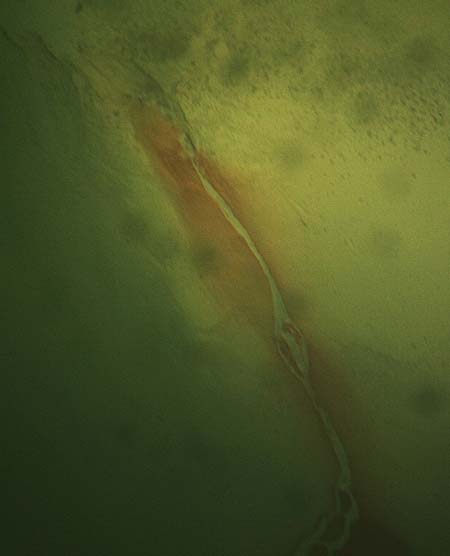 View of the lake bottom at station H8 showing a strange reddish deposit—probably iron leaching out of the mud. 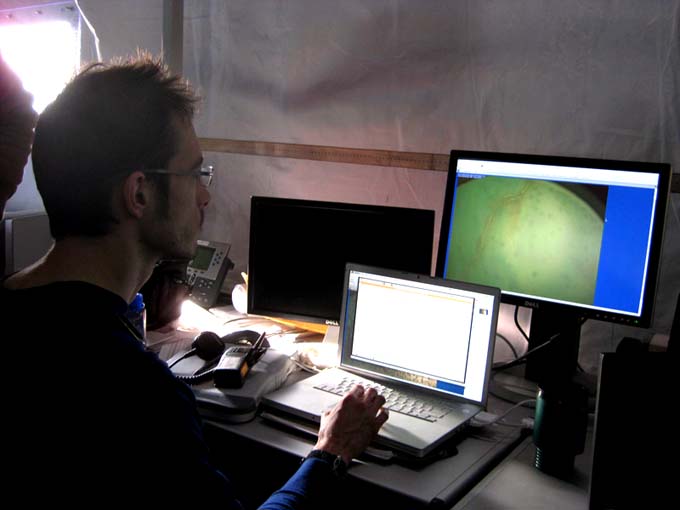 At this point we had 32% remaining battery power (about what we had originally wanted to return with… leaving about 10% safety margin to work with above the level where the mysterious power failure had occurred on the previous sonde mission. The actual usable power currently seems to be around 48 to 50 AH relative to last year’s 30 AH max. We expect that another 20% power is being “stranded” due to internal cell power imbalance and plan to investigate this further.

The vehicle was moving at an average of 0.26 m/s for most of the mission and so we were back to the bot garage by 9:40pm—about 6 hours and 40 minutes on the actual mission, including 19 sonde drops. This would have been equivalent to conducting two missions last year in the time of one. Emma Steger kindly brought dinner up at around 10:30pm so we all just kept working. After the vehicle successfully auto-returned to the melt hole we ran it on additional 50m laps centered on the melt hole until the batteries finally died again at around 20% calculated state of charge. The issue appears to be that the lowest cell in one stack is sufficient to drop the battery (safety circuitry cuts it out if even one cell goes low). We plan to disassemble the stacks and investigate when time permits. 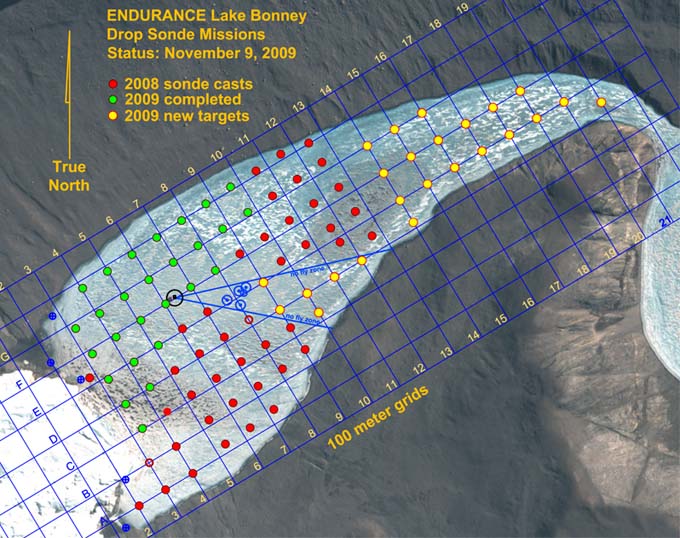 Frontice precipice about halfway up Mount JJ Thompson at 1am on our way home. The lighting angles in Taylor Valley are consistently striking and distinctive—since we have 24 hour daylight here the only way to tell the time of day without a watch is to observe where the shadows are and what peaks are lit.