It seems the life-on-other-worlds motivation for our project has settled into the subconscious of McMurdo. The word “stargate” has come up independently in multiple disparate contexts relating to our field work. In a field safety meeting, we described the flagged access route from our camp up onto the ice shelf as a “stargate”. Now, completely independently, the USAP carpenters have installed a really nice new stair access to the bot house, and called it STARGATE – the Sea-Ice To Artemis Robot Garage Advanced Terrestrial Entry. These stairs, their name, and their abundant labeling are all totally fantastic.

Meanwhile, the bot house drill hole took on a particularly “stargate” appearance last night as we lowered ARTEMIS (with its headlight on) out of the culvert and into the open ocean for the first time. We used the ARTEMIS thrusters to maneuver around the area beneath the culvert (still in a vertical orientation), and confirmed the result of our ballasting efforts based on the scale readings from the night before. 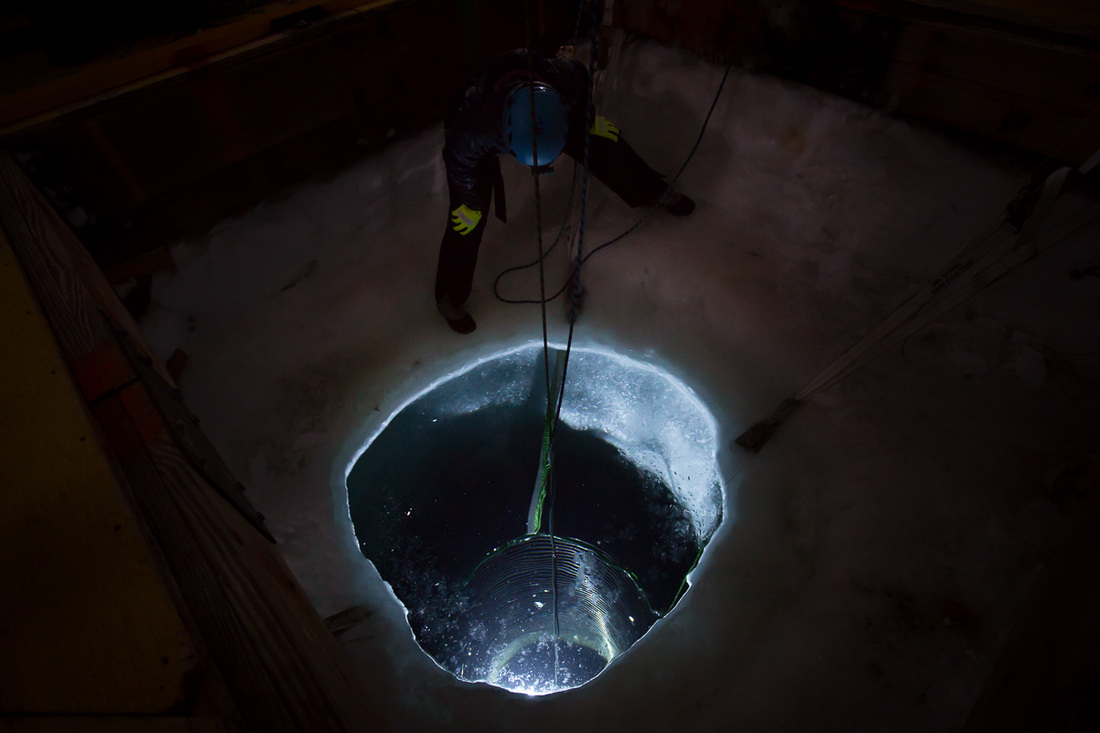 Vickie watches ARTEMIS descending into the ocean through the culvert. (photo: Peter Kimball) 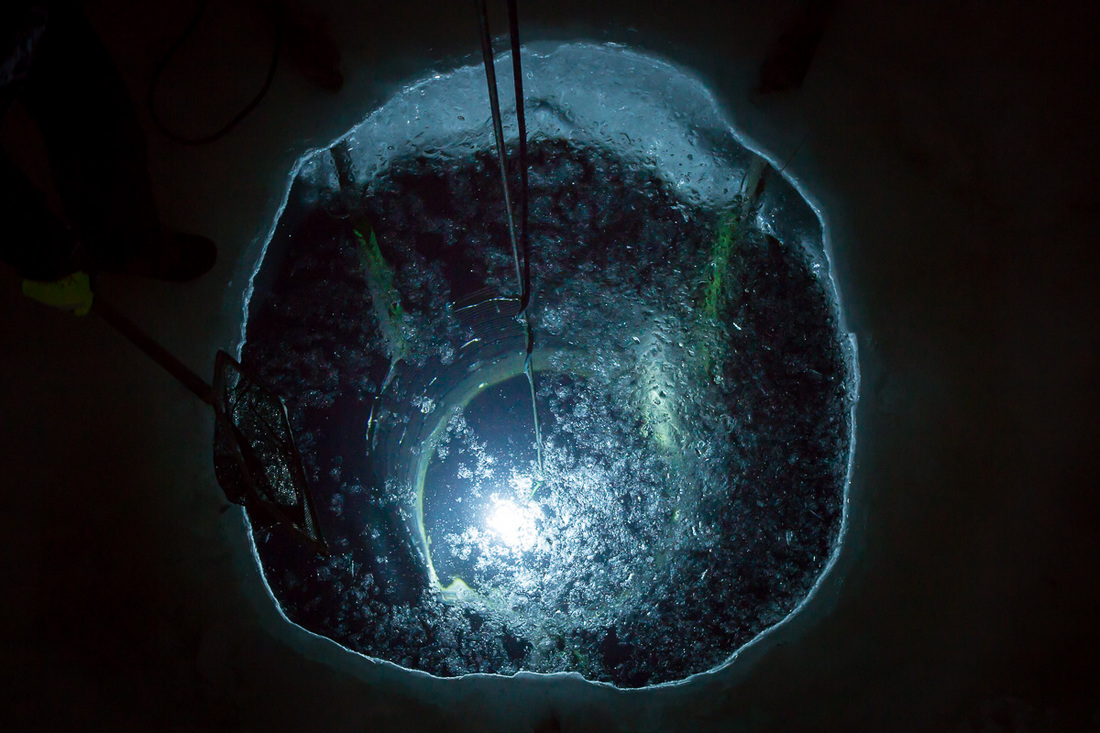