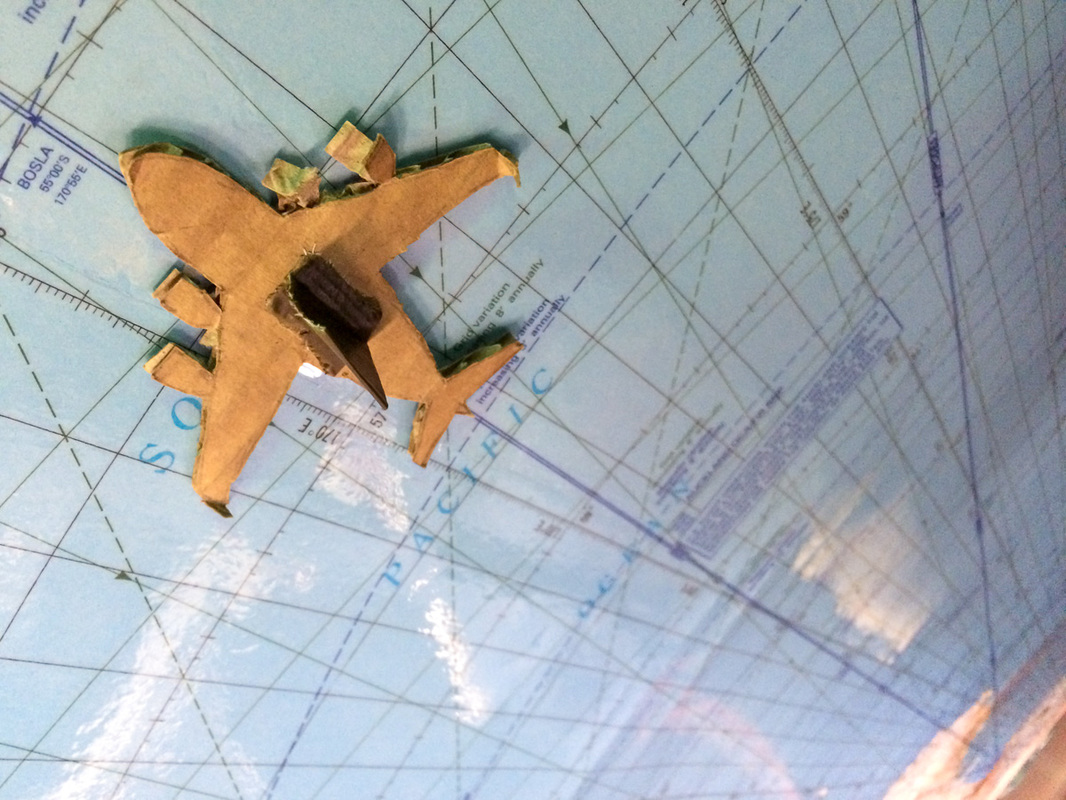 A cardboard cutout airplane marks our current position on a strip chart posted at the front of the C-17 and updated periodically by the flight crew. (photo: Peter Kimball)

Yesterday was an emotional day as Justin and I departed Antarctica, leaving the rest of the SIMPLE field team to finish out the season. We’re hitting full stride with ARTEMIS now, but there are several key challenges still standing between the team and the data we’d like to collect before the end of the season – a tough time to walk away.

From the States, I’ll be starting to write up our results for submission to the academic literature. I’ll also be catching up on a few blog posts I wasn’t able to make from the field and reading along whenever Evan and Kristof are able to post from the front lines.

We sat on the C-17 with our new glaciochemist friends from Michigan (check out their field work here). Generally, the homeward bound on board were exhausted, but satisfied and excited to see family. At cruising altitude, folks got up and wandered around the aircraft, peering out the windows and stretching out to nap in the mostly empty cargo area. At the beginning of the flight, we watched the sea ice give way to open ocean. Just before landing in New Zealand, we watched the sun set for the first time in weeks.

Today we took down what remained of SIMPLE camp – disassembling the Bot House, loading everything into crates, and hauling things off the ice in sleds. It was amazing how many details there were, how many different things had to come together to make this project work. Dismantling it all was a reminder of everything we had put together in the past few months, all of the hard work and support that got us here. We had been having glorious sunny weather for the past few weeks, but today the wind and chill picked up again, as if even Antarctica was bidding us farewell, saying “Remember who I really am!”

We especially want to thank all the USAP personnel who helped us during this project. From the carpenters who built and un-built our camp structures, to the divers who helped us with underwater logistics (and rescued us), to the Fuelies who kept us warm and resupplied with fuel, to Fleet Ops who had our back for all heavy lifting needs, to the stewards in the galley who kept us well fed – truly we could not have done any of it without all of you.

Also a huge shoutout to Dave Matson, our project mechanic from the MEC. You kept our camp running even when nothing else would. 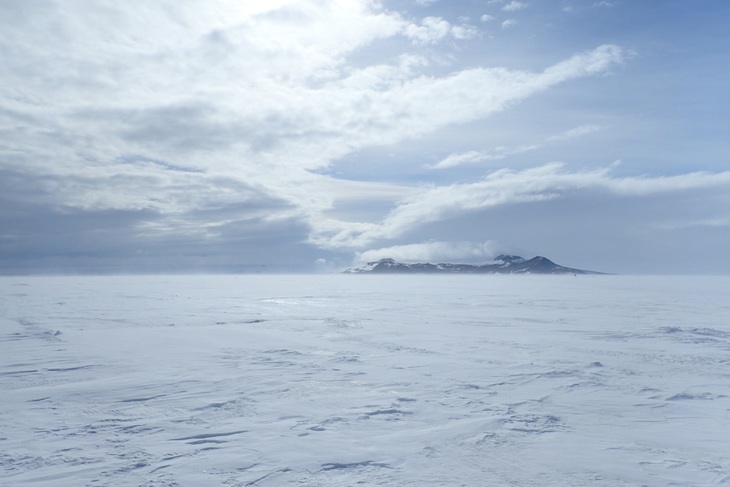 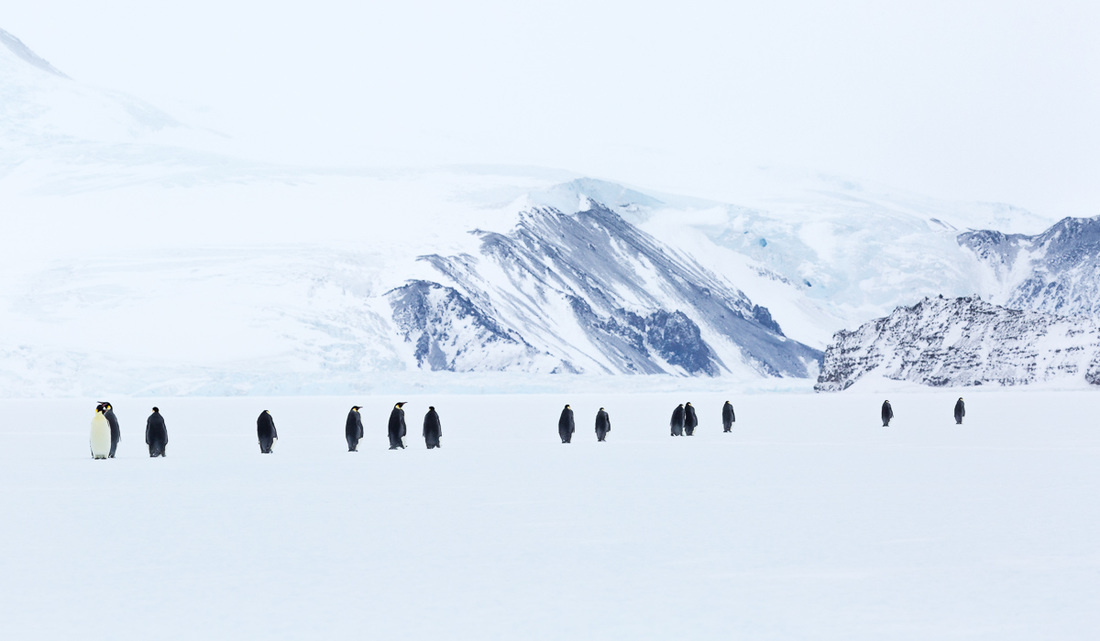 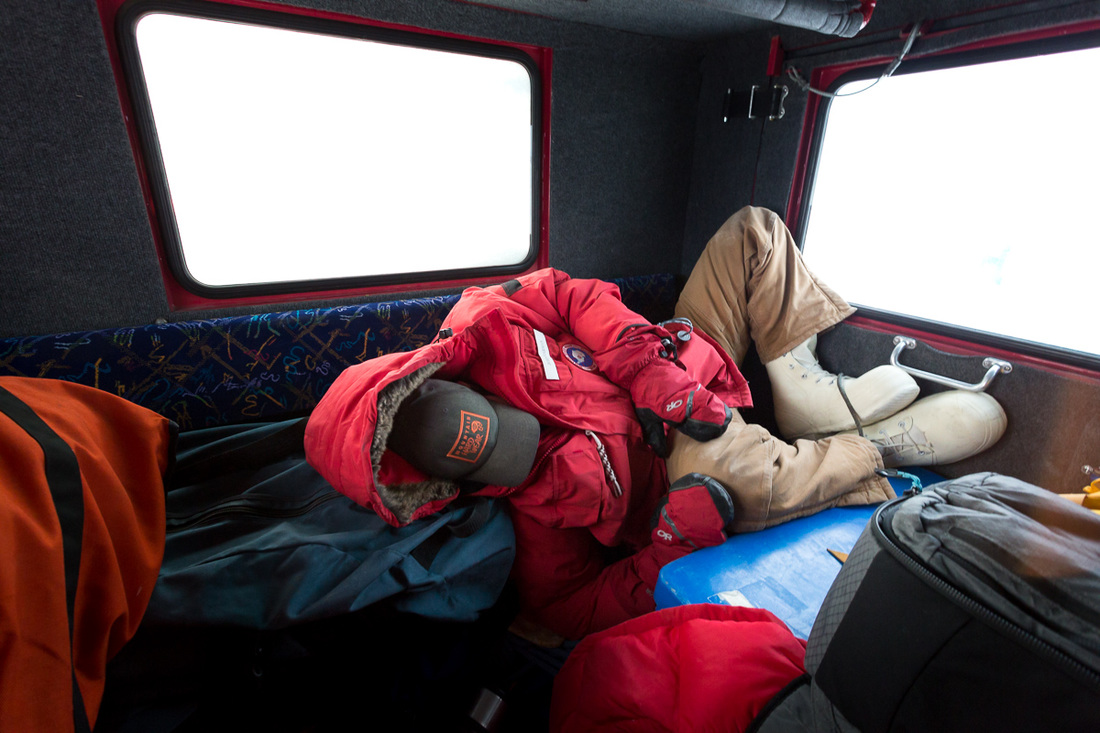 The Beginning of the End

We are nearing the end of our field season. The ice is getting thinner, and soon it will not be safe to drive vehicles out onto the sea ice because of the danger of falling through. We’ve had a run of warm and sunny days in the last week, and it’s amazing how fast the ice changes since it’s daylight 24 hours. We are now driving over potholes filled with water, and it is especially pronounced near the transitions from sea to land, where the pressure of the ice hitting land causes fracturing, and fine volcanic particles tracked out onto the ice by vehicles leaving town darken the surface and accelerate melting. You almost need a helmet when riding in the Pisten Bully because you can be bounced right into the ceiling!

Our camp takedown began on Saturday, when our fish hut was pulled off the ice, and the culvert below it was removed. Mel from fleet ops came out in his Challenger bulldozer to do the heavy lifting and hauling. It’s sad to see it go – this was our project’s first portal to the world beneath the McMurdo Sound, and both Bill and Sunfish performed many successful dives through this hole. All remaining dives will go through the main borehole in the bothouse.

Other structures and pieces of big gear are following piecemeal. The Tweety Tent (galley) will be removed on Tuesday. Everything else, including the bothouse, will be completely off the ice by Friday Dec 11th. We will run a few more missions in the meantime, but the sense is definitely that things are winding down.

We also took down our tents, so no more sleeping out at the SIMPLE site. Goodbye, camp life, we’ll miss your beautiful vistas! 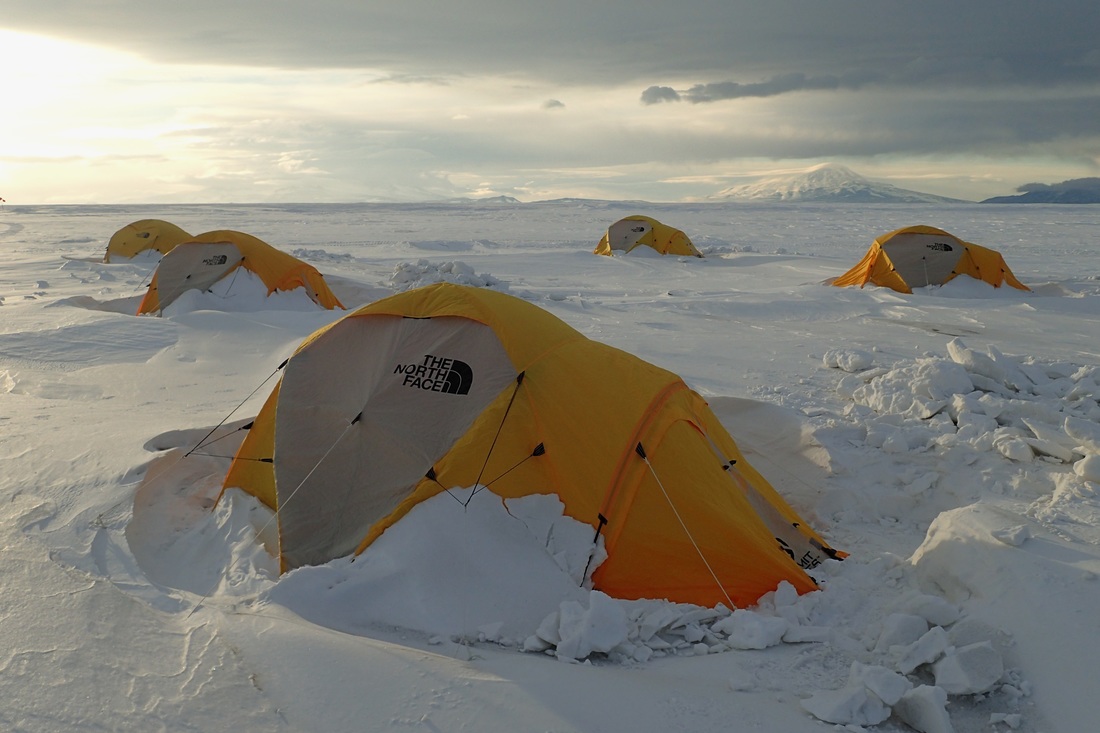