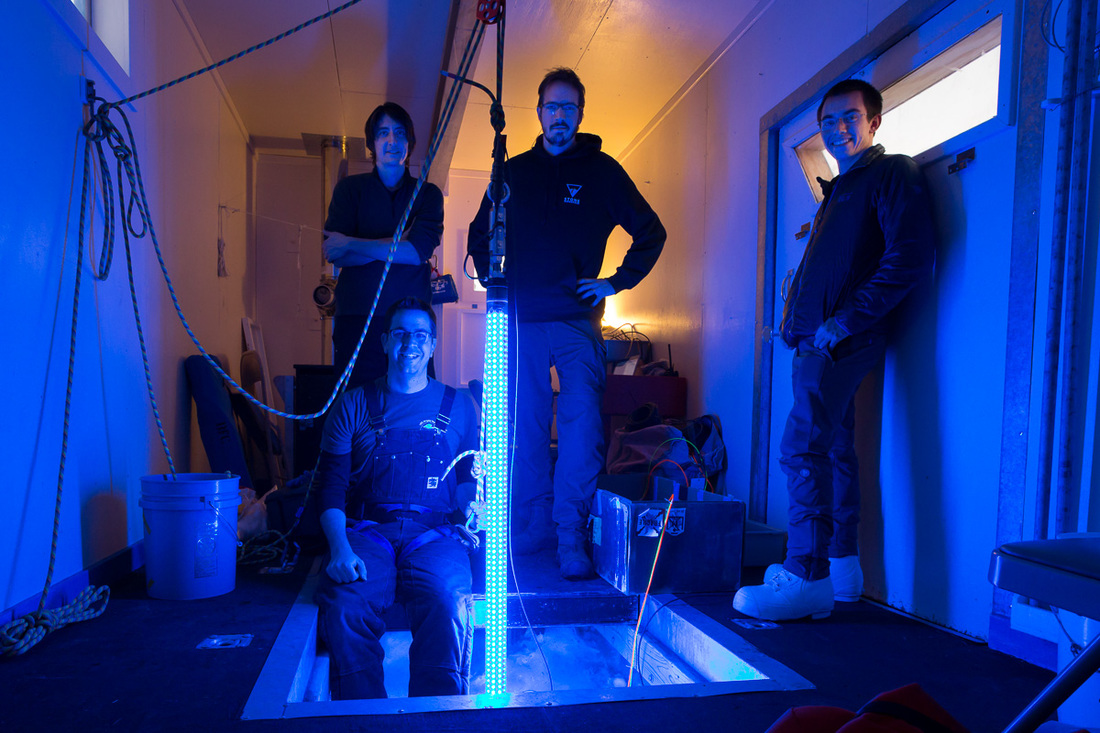 With favorable tidal conditions occurring between 8pm and 2am last night, the programmers headed to the fish hut for a late-night test of the ARTEMIS docking bar. We tested a few vehicle software features, but the highlight of the night was the first-ever deployment of the flashing ARTEMIS docking bar beneath the ice. We wanted to know how far away a robot could be from the bar for it to still be visible, as well as how far away the computer vision dock detector algorithm could identify it. We started Sunfish looking at the bar, and backed away while monitoring the video image. The water is extremely clear in McMurdo sound at this time of year. We reached a range of about 150 m, and were still able to see the bar(!). The computer vision algorithm was able to get intermittent hits even at this range, and was reliable up close (within 20m). The computer vision system only needs to function within about 5m, and the cameras have much better low light capabilities on ARTEMIS than Sunfish, so we called it a success and moved on to other tests.

We got some trippy sci-fi-esque video of the docking bar being deployed down the borehole, as well as Sunfish being recovered through heavy platelet ice. Check it out below!

Sunfish is recovered through the borehole with heavy (but beautiful) platelet ice accumulation.