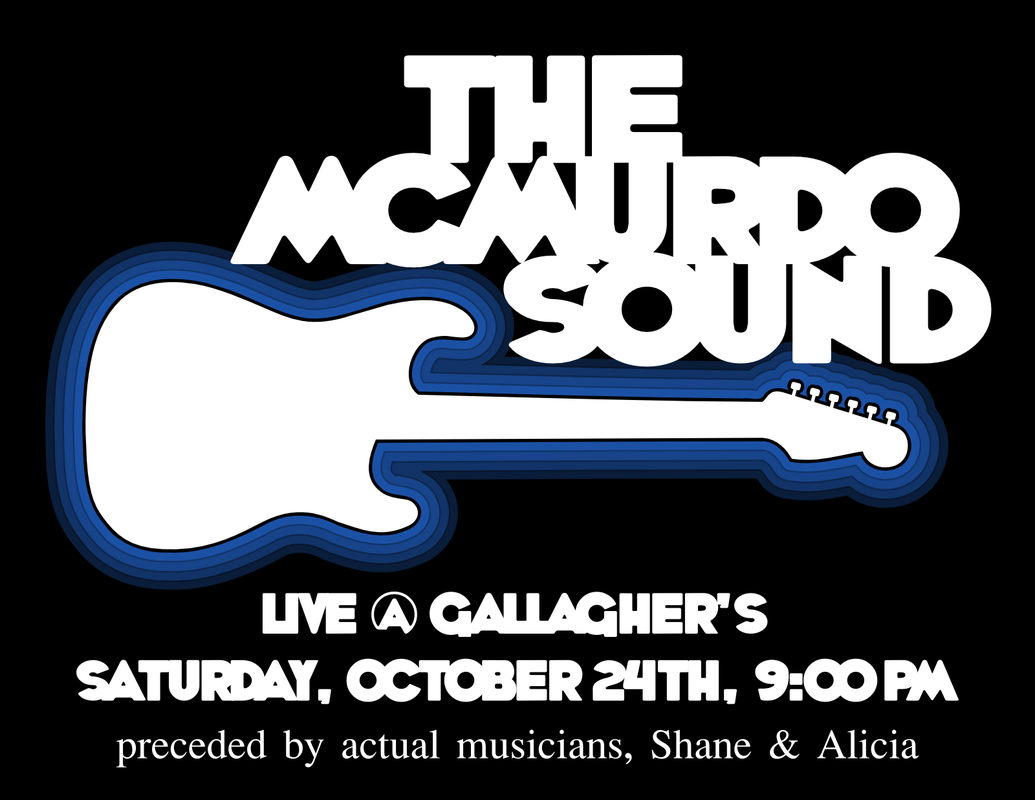 Trips to the band room have continued to be the primary recreational activity for those of us in The McMurdo Sound. We had such a fun time at the Carp Shop Party that we really wanted to play again before John heads back to West Virginia this Friday. The forces of scheduling smiled upon us, and we were booked to play live at Gallagher’s (one of two Bars on station) this past Saturday. We headlined the night (ha!), with some super-talented musicians playing before us.

We came back to town on Saturday triumphant from moving ARTEMIS into the bot house in the afternoon. That happiness, combined with tremendous excitement for the upcoming gig was quite a feeling.

We’ve expanded our repertoire since the Carp Shop Party. We played the following set list on Saturday night:

Bacon Boy is an original song by Chris, which he performed solo. It was a huge hit. We had one of the Crary Lab Assistants, David, join us on stage to sing Whole Lotta Love – another crowd favorite. The rest of the set uses the same lineup as we had at the Carp Shop Party, but with the excellent change of having John sing verses on Comfortably Numb.

We remain not very good at playing music, but we have improved quite a bit in the last few weeks. We had huge energy on Saturday, the crowd was awesome, and we couldn’t have enjoyed ourselves more.

Mischievous elements within McMurdo Station plotted to throw undergarments on stage during White Wedding, one of our best songs. Peter’s video from the back of the room captures the show rather well, including the flying undies. Here are some frames: