On Tuesday, we did another Sunfish operation to check out the newly installed culverts beneath the Bot House and the Fish Hut, and to test some navigational software improvements. We were easily able to find both culverts underwater, and fly Sunfish to perform an up-close visual inspection. 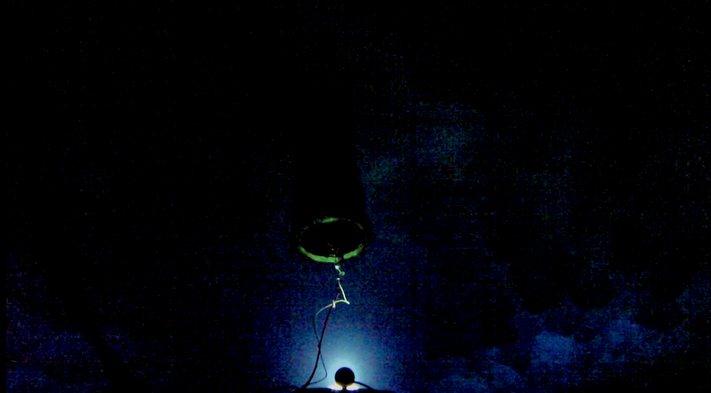 Sunfish view of the Fish Hut culvert from below the ice.

We also used Sunfish to create a 3D sonar map of the area beneath ARTEMIS camp, which can be seen in the video below. Color in the point cloud is mapped to the point’s water depth. Both culverts are visible as cylindrical tubes piercing through the ice, and only the bottom surface of the ice is visible – the ice extends about 6m above the ice ceiling. Also of interest is a “belling out” of the Fish Hut borehole at the bottom (green data) from the recent additional melting necessary to install the Fish Hut culvert. Sunfish can be seen holding position about 10m below the ice ceiling.

Rotating around sonar point cloud generated by SUNFISH of the area underneath ARTEMIS field camp.