Severe Weather Condition 2:
Restricted pedestrian traffic only between buildings is allowed. Vehicular travel is only allowed in radio equipped, enclosed vehicles, and check out with the Firehouse is required.

Severe Weather Condition 1:
Severe weather is in progress. All personnel must remain in buildings or the nearest shelter.

We’ve had Condition 1 a few times here so far. When Condition 1 struck McMurdo tonight, we were stranded in the galley for 45 minutes (not too bad). But, because people can end up stranded in all kinds of strange places when Condition 1 hits, there is a famous McMurdo band called “Condition Fun”. I think that’s an amazing name, and I’ve borrowed it for the title of this post. Check out their original song, C-17.

Here’s a photo I took of the steps into the galley after a Condition 1 storm. 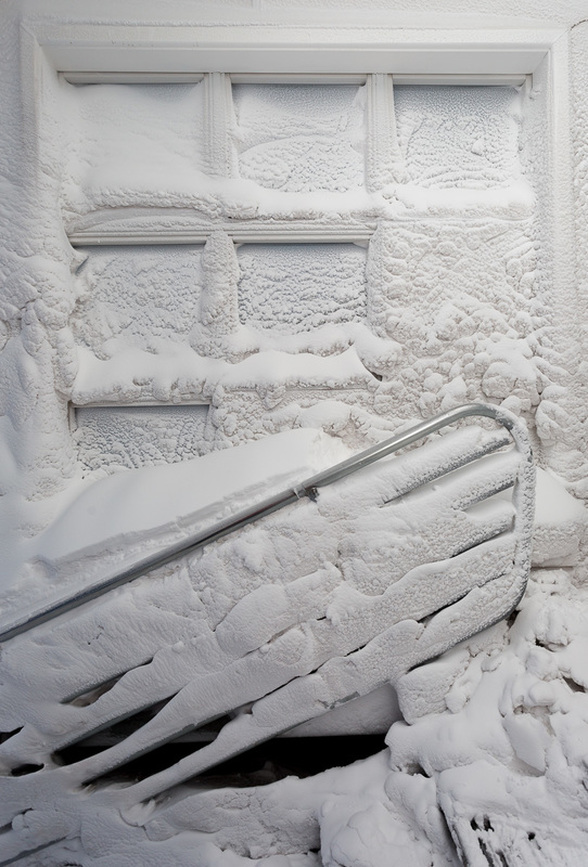 The steps into building 155 are covered in ice and snow following a Condition 1 weather event. (photo: Peter Kimball)