Most of the people at McMurdo are here for several months at a time. They (we) work here, but also live here. As such, there are some recreational options around the station to help people relax and maintain morale. Some of us have taken a particular liking to the band room.

The band room is a happy place. It’s very well stocked with guitars, keyboards, drums, amplifiers, microphones, a P.A., and all kinds of miscellaneous music making implements. The walls are adorned with photos and posters of great McMurdo Bands past and present.

A few days after our third trip to the band room, Bill announced to us at lunch that he’d booked us to play live at the big end-of-winfly Capenters’ Shop party. This is a legendary annual party, attended by roughly the entire station.

Bill’s announcement was alarming because we are not particularly good at making music. Now, two and half weeks later, the party is tomorrow! The impending “gig” has galvanized us, and we’ve spent a few more evenings in the band room putting together a short set of songs. Last night was our final band practice before the big day. Tomorrow is going to be a very good time. 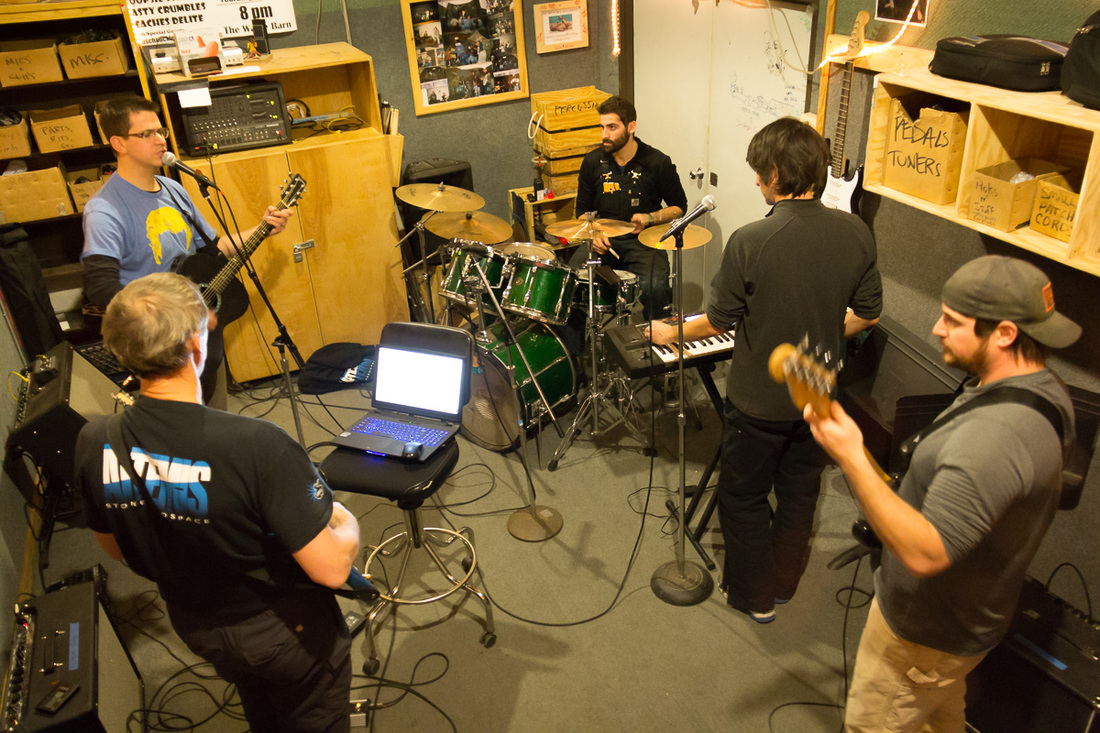 Bill, Chris, John, Justin and I belting out one of our set songs at our final “band practice” before we play at the Carpenters’ Shop Party this weekend. (photo: Josh Moor)