We have committed to our field site! There’s nothing scary enough (from a robot deployment perspective) in what we’ve seen on the surface or under the ice to cause us to move elsewhere. Having committed, our first task was to install a large culvert in the ice. We’re hoping the culvert will help keep the ARTEMIS drill hole from refreezing. We were out at the site all day on Wednesday, working with USAP carpenters and drillers to accomplish the culvert installation.

The largest auger available on station is 48″ diameter. However, the culvert is 58″ outside diameter. So, the drillers drilled a ring of 24″ auger holes, and then used the 48″ auger to smash up the remaining ice in the center of the hole. We all worked with shovels to remove the large chunks of ice from the hole so that the culvert could be installed. For the finale, the drillers hoisted one end of the culvert into the air while those on the ground aligned it with the hole. The culvert was lowered into place using an iterative process to align it as vertically as possible.

With the culvert installed at the chosen position, the carpenters are now working to assemble our large bot house with its moon pool directly over the culvert. This will be our access, egress, and center of operations for ARTEMIS dives.

While at the site on Wednesday, John and I used GPS to determine the orientation of our fish hut with respect to the world. John carried a GPS receiver about 150 m from the fish hut, and we used radios to position him in alignment with the long side of the hut. We repeated this along opposite directions from the hut, and computed the bearing between the two positions. The long (~300 m) baseline between measurements makes the bearing computation more robust to position error than it would be with a shorter baseline, e.g. measuring positions of the corners of the hut.

We entered the GPS coordinates into our geospatial information software, and were surprised by the measured hut alignment: 90.0 degrees – within a tenth of a degree of due East-West. It’s just a coincidence, but it’s fun. We don’t really care what the alignment is, just as long as we know it, so that we can interpret the water current velocity directions that we’re measuring in the hut. 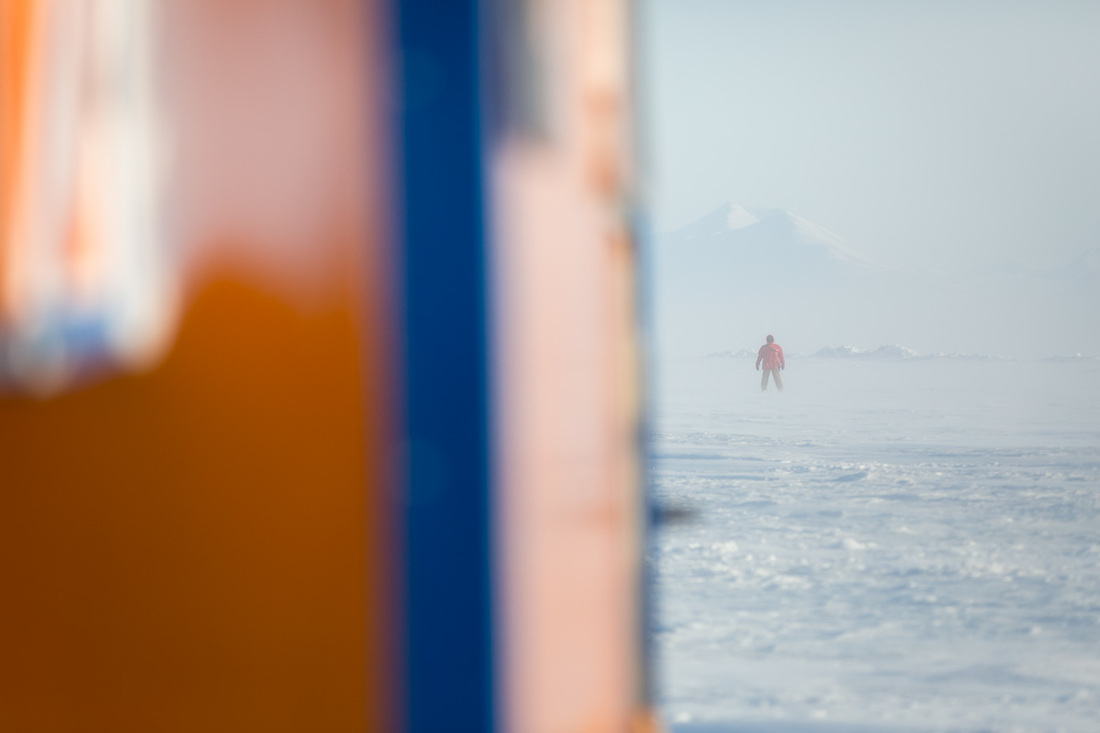 John stands in alignment with the long side of the fish hut in order to collect a GPS measurement used to determine the fish hut orientation with respect to North. (photo: Peter Kimball)

As usual, there were awesome things happening in the natural world around us. Toward the end of the afternoon, some small lenticular clouds were forming around Mt. Erebus. I will keep an eye out for more of these formations as the season progresses! 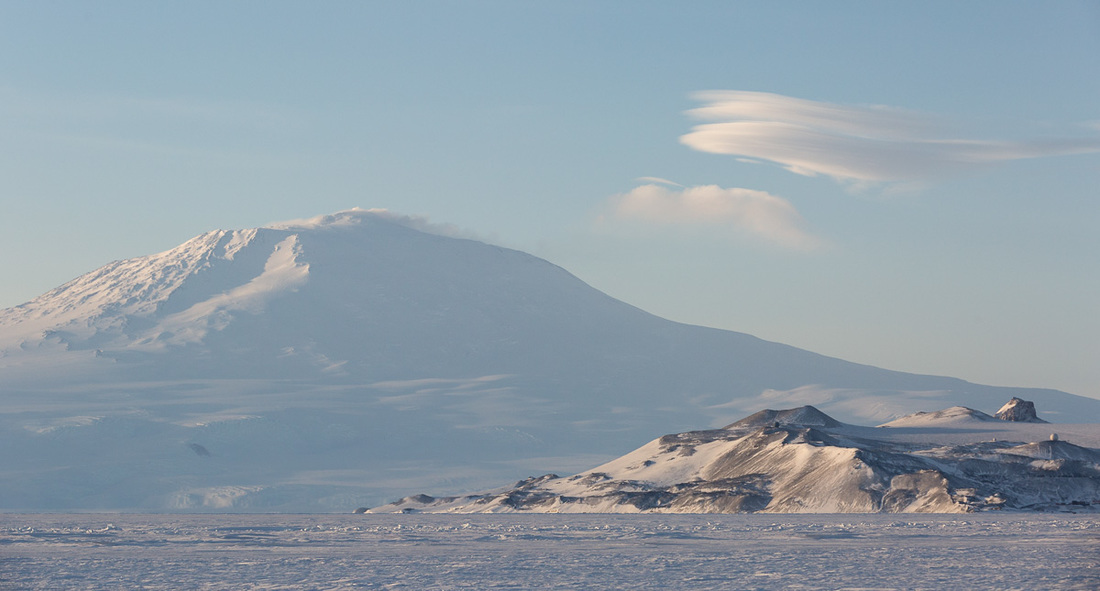