Prior to commencing production science missions this year we needed to conduct a navigation calibration. There were also further questions about the presence of hanging cables under the ice near the traditional LTR limnological research station located about 200 meters east of the ENDURANCE lab, so plans were made to incrementally approach that zone and perform multibeam sonar scans now that we had calibrated our obstacle avoidance system (see November 5 images). 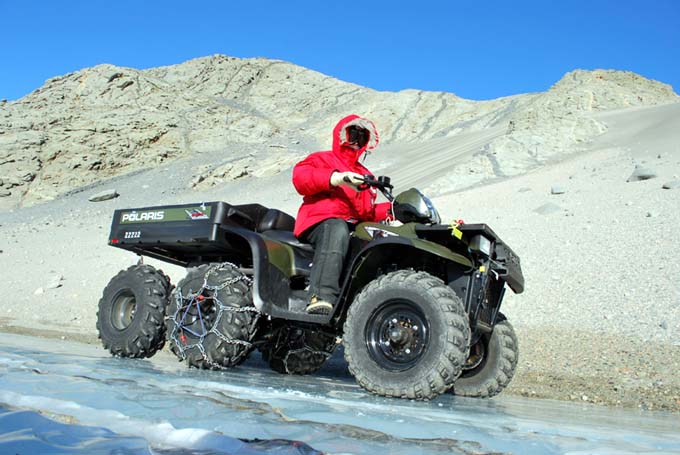 East Lake Bonney camp is located about 20 minutes by six-wheeled ATV from the ENDURANCE site. Each day begins with a cold trip in the wind. 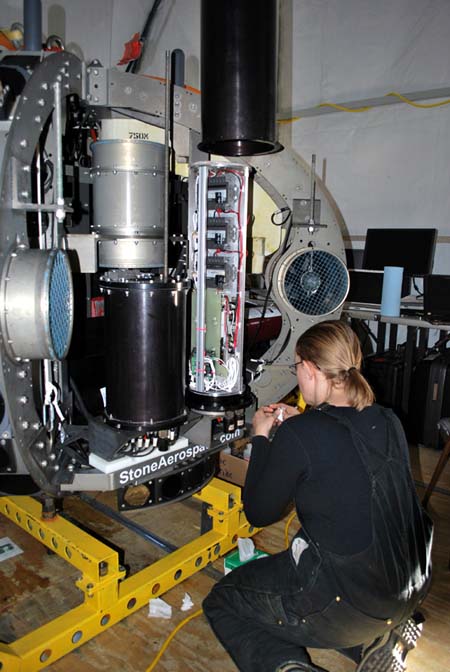 A software bug discovered this morning required a hardware reset in the motor controller pod. Vickie prepares to close up the housing after the fix is in place. 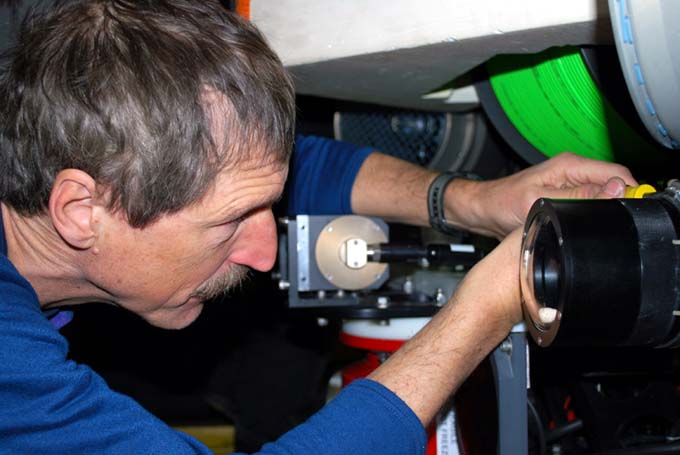 Bill aligns the forward-looking glacier imaging camera (one of three on the vehicle).

A rectangular navigation course—see figure—was established along a true north-south grid centered on the lab with the designations N1 through N8. As with the 2008 ENDURANCE mission the method by which we established the calibration was through the use of RTK GPS. Before that could take place, however, it was necessary to locate the bot. The procedure there was to use a low frequency magnetic beacon that was pendulum-mounted inside the vehicle. The null (vertical) axis of the field can be detected at considerable distance (we were able to achieve a positive location out to 150 meters radius this season through 3 to 5 meters of ice cap) using phase-locked loop ring antennas. This is somewhat of an art form to do in real-time but we developed a procedure using two individuals (Vickie and Bill) with two receiver sets. This year the bot moved considerably faster (nearly double) than the previous year, following further power consumption tests that refined the lowest dynamic drag velocity of the vehicle. Thus, the field tracking team had to move fast and keep a location lock, otherwise we would end up burning power while the bot waited at a sonde cast (chemistry) location. 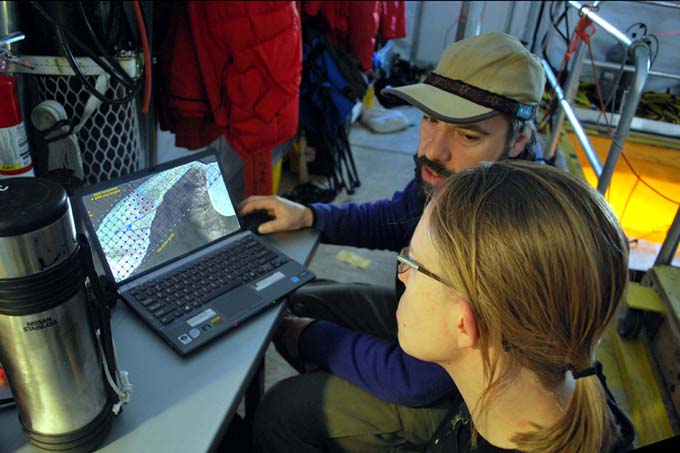 We spent a considerable amount of time scanning the limnology site, finding one full-depth sediment trap and another cable structure, which allowed us to more precisely define the “no fly” zone for our data fiber on normal missions (special missions will sample the “no fly” zone later in the season by using a diversion pole—a smooth tube with a radius larger than the minimum data fiber bend radius). 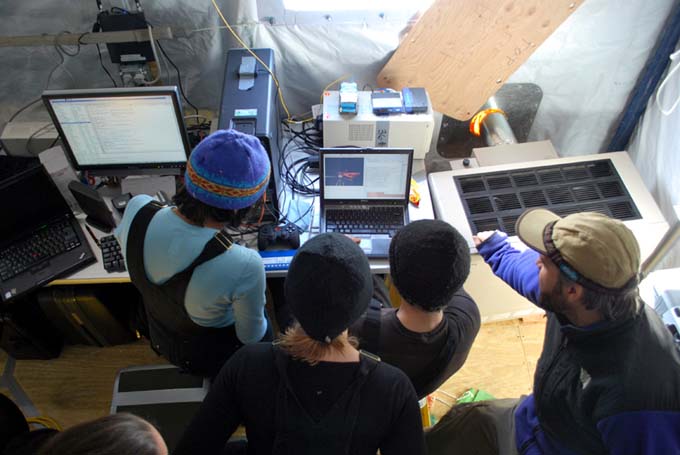 Shilpa, Vickie, Chris, and Bart check out a replay from the ENDURANCE Situational Awareness 3D visualizer, developed for this year’s missions.

Following the obstacle location runs we returned to the “N-series” calibration test course. At each designated location the vehicle was put into “ice picking” mode where it was allowed to float up and stabilize under the ice cap. We then localized the vehicle on the surface using the magnetic beacon, drilled a hole, and placed a numbered flag so that we could return to the location. Later in the day GPS measurements were taken at these same locations and the data were reduced to UTM coordinates that could be compared with the vehicle navigation record. With these data, fine-tuning corrections were made to the onboard dead-reckoning navigation (one of four nav systems used by ENDURANCE). 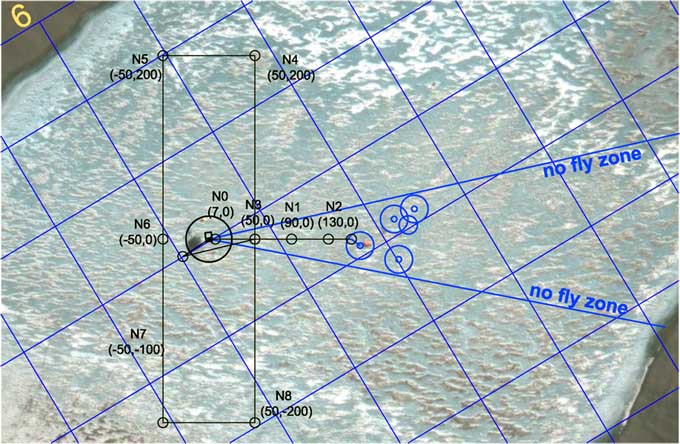 The navigation calibration test course for today. The small blue circles to the right are obstacles detected by ENDURANCE. The larger blue circles are “keep out” zones to avoid contacting the vehicle data tether with these hanging obstacles.